I am so happy to be writing this post!  And I am even more happy to be able to share it with you and hopefully give you some inspiration and motivate you to go get your blessings also!  This has been a long time coming so I will take you back to when it all began.  It all started a few years ago when I wanted to get a new house.  My husband and I had been living in our house since right when we got married and at the time it seemed to be large enough for us.  However, once our son came three years later, all of a sudden the house seemed so cramped.  Year after year as we acquired more stuff it felt more and more cramped.  I knew I wanted to move but did not think it was possible for many reasons.  But one day, I was in church and heard my pastor say that God wants us to have everything that we desire that is in line with living a godly lifestyle.  At that moment I decided to put my faith to the test.  I began listening to sermons on faith, including how to make it work, how to use it, how to react when it looks like it isn't working, etc.  One thing in particular that stuck with me is that when you put your faith out there it does not do any good to put it on something that you can attain on your own.  Putting your faith on something that you know in no way, shape, or form can you get this without God's help proves that He is able and actually helps your faith to grow.  I knew the type of house that I actually wanted versus what we qualified for.  The house I qualified for did not match what I wanted!  At that point, I knew it was time to put my faith to work.  The first thing I began to do was speak it into existence.  The bible tells us that we have the power of life and death in our tongue.  First, I asked God for a new house and I believed that I already received it. The bible also tells us that when we ask we have to believe we receive whatever we ask for.  I had that down!  Next I began confessing it with my mouth.  I started saying we had a new house and began thanking God for it.  We all know that faith without works is dead so I began working.  I started going to look in houses that I knew we did not necessarily qualify for, I'm talking about million dollar houses, just to see what made them cost so much and to see what I liked.  I even began packing and buying things for the new house and I had not even been pre-qualified yet!

Once I started realizing exactly what I wanted in my dream house, My husband and I decided we wanted to build!  Keep in mind that when you are trying to do something that will give God the glory, the devil gets pissed!  Therefore, he tries to do everything in his power to stop that from happening.  He does not want God to get glory for anything so he puts all kinds of roadblocks in your way to discourage you, get you to doubt yourself, and make you give up.  But I have good news!  You will always win if you don't give up!  The devil knows that I do not give up easily, as a matter of fact I don't give up at all, especially when I know God has already given me the green light.  But he came at me hard!  When I tell you that just about everything that could go wrong practically did, I am not kidding.  But one thing that I had to remember is that God is not limited by my circumstances, but instead He has the capacity to take me at where I am and put His super on top of my natural and make miracles happen. 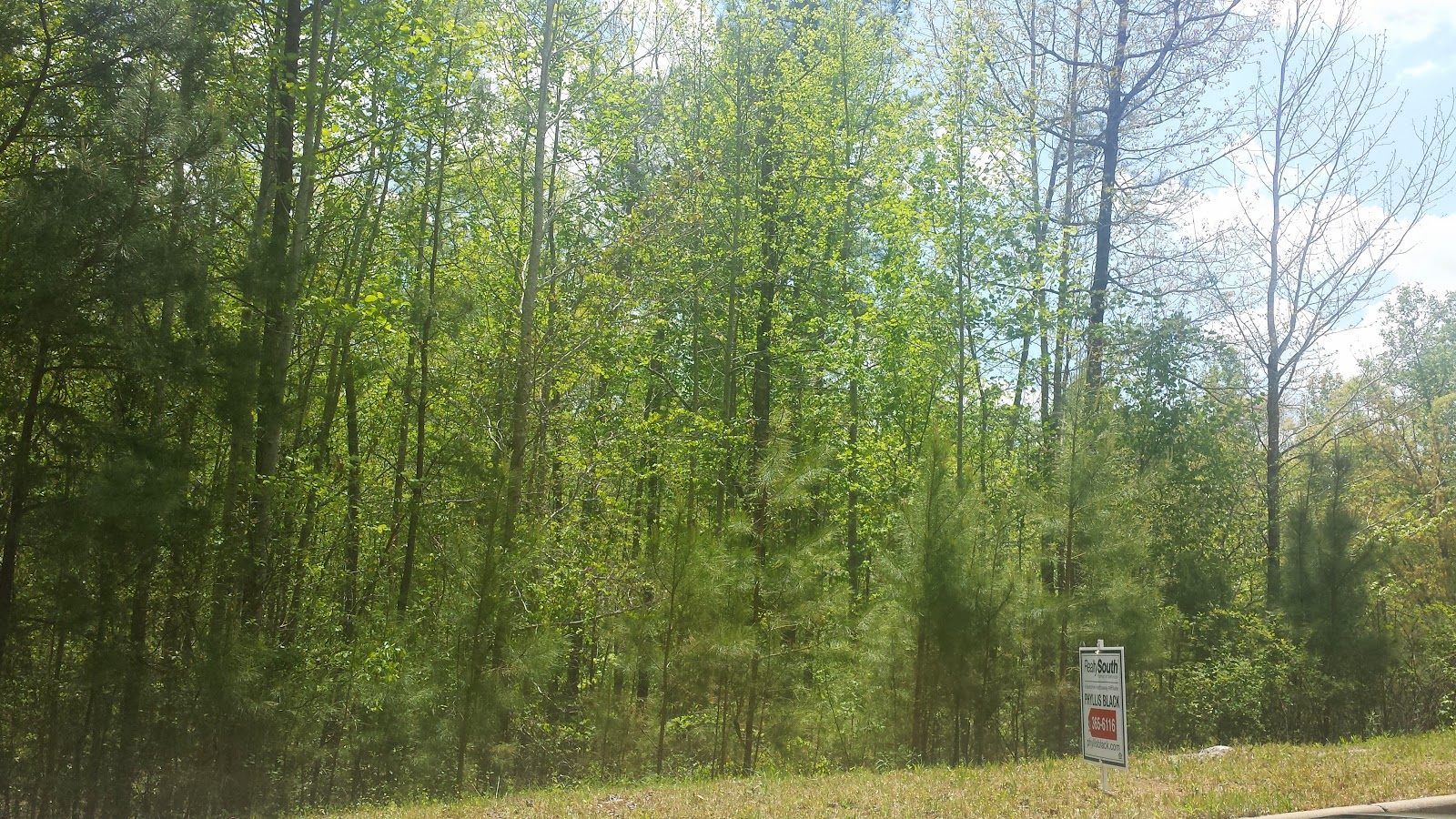 The picture above is the lot that I wanted.  I was claiming this lot even after continuing to be told no. I kept my eye on the prize and held on to that word!  Let me say again that it seemed like at every turn there was an issue that came up.  This entire process hands down was the biggest faith fight that I have ever been in.


The picture above is me and my hunny bunny after we closed on our lot!  One thing about God is that He is not a liar.  His word is as good as gold and is always true.  When He said believe that you have what you ask for and you will receive it, I did just that.  When God tells us something, it is very easy to accept it with gladness at first but the real test comes when you get in the real world and your situations and circumstances contradict everything that God said and you then have to choose who or what you will believe.  Are you going to believe your situation or are you going to believe God?  My situation told me something completely different from what God said, and I had a choice to believe my circumstances or believe God.  I chose to believe God. 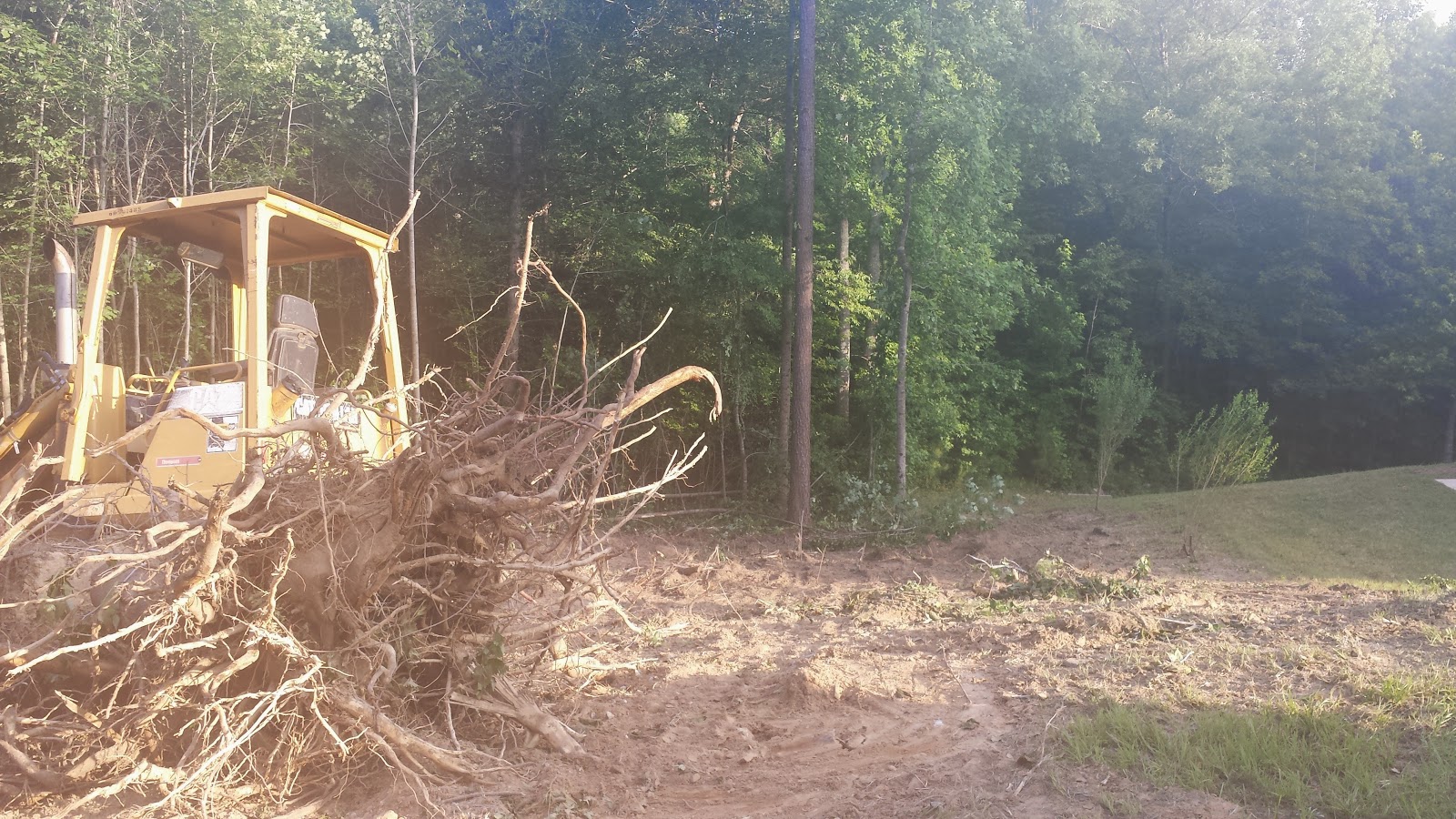 As of right now all systems are a go and our new house is currently being constructed!  I ride by the lot once per week to see the progress and am pleasantly surprised each week!  I can't believe how fast it is coming along..

The remaining trees were cut down.. 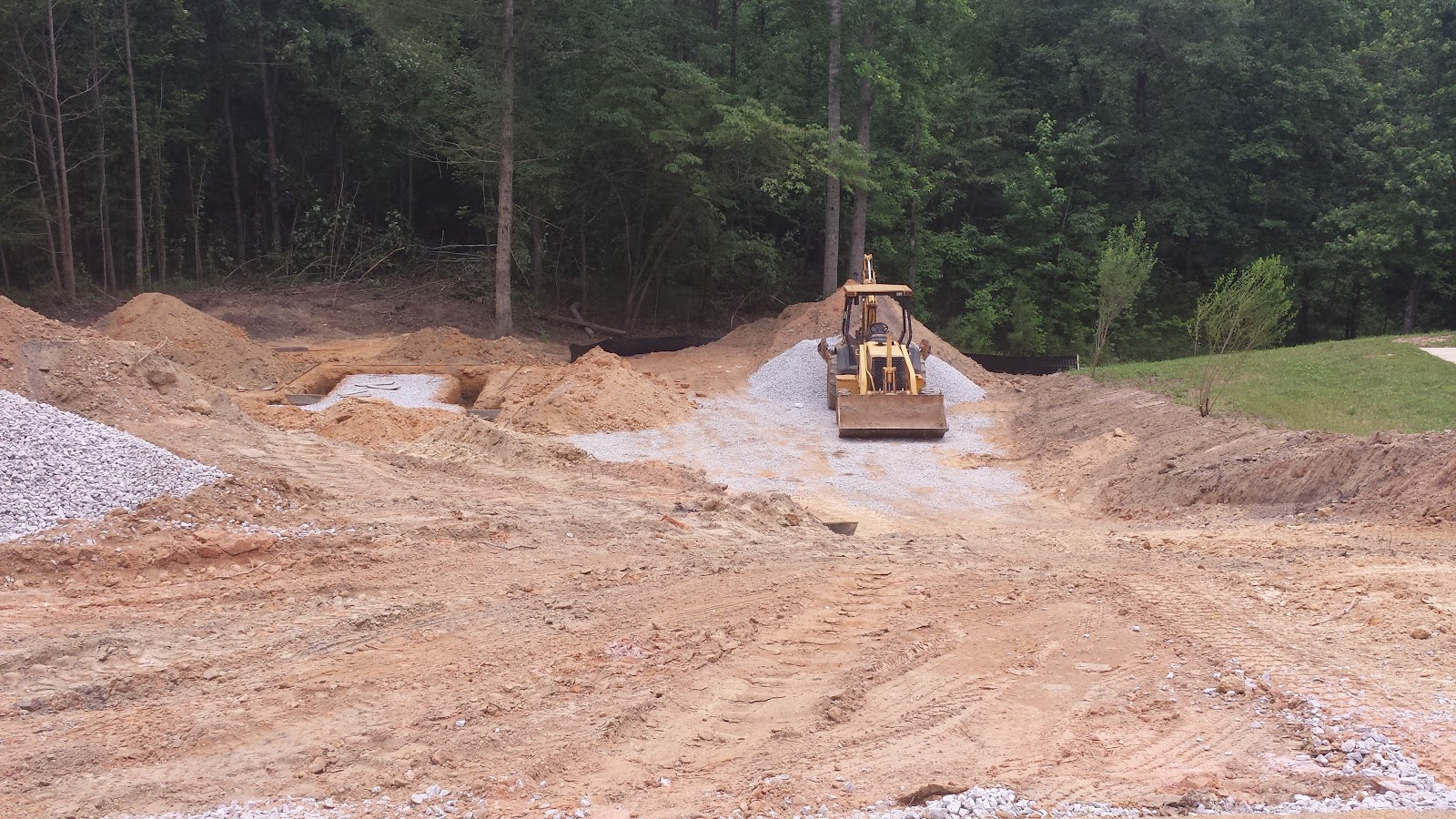 Two days later, the ground was being prepped for the foundation! 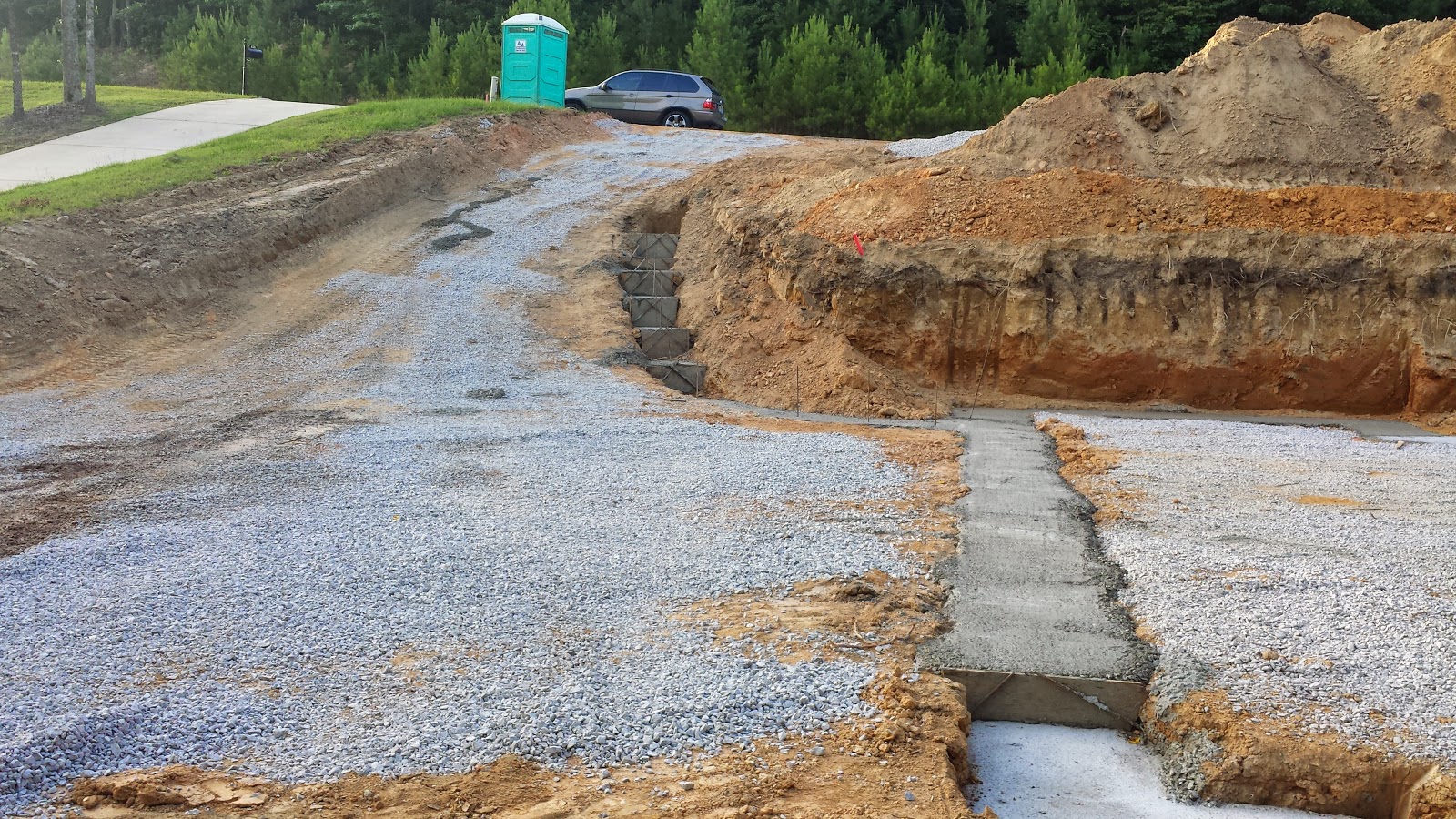 Blocks were brought out!
Blocks were put up to build basement! These men are working very fast!

We can now walk through it and see where all of the rooms will be!!

Roof is on and its beginning to look more and more like a house!!
Roof is complete! 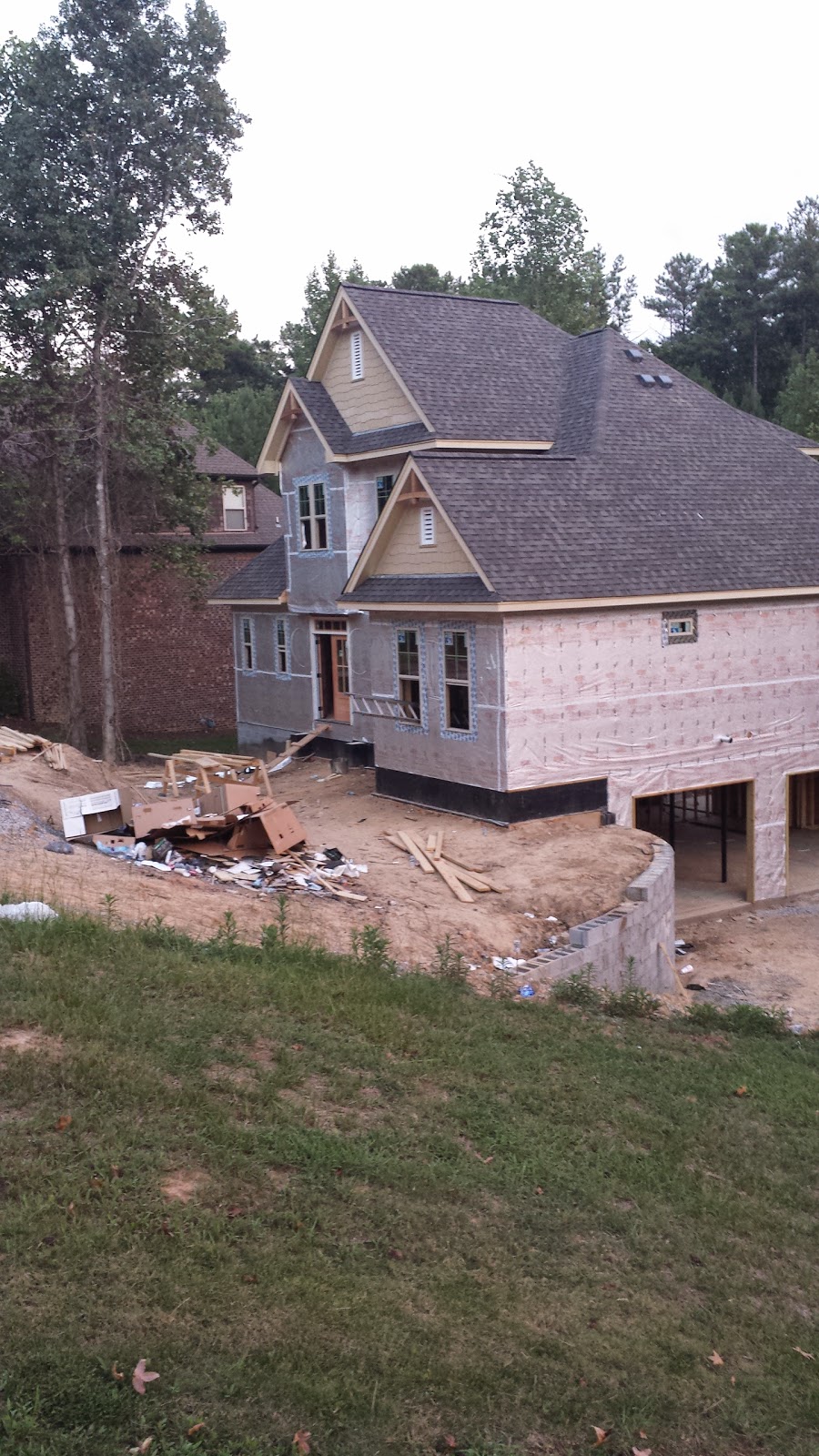 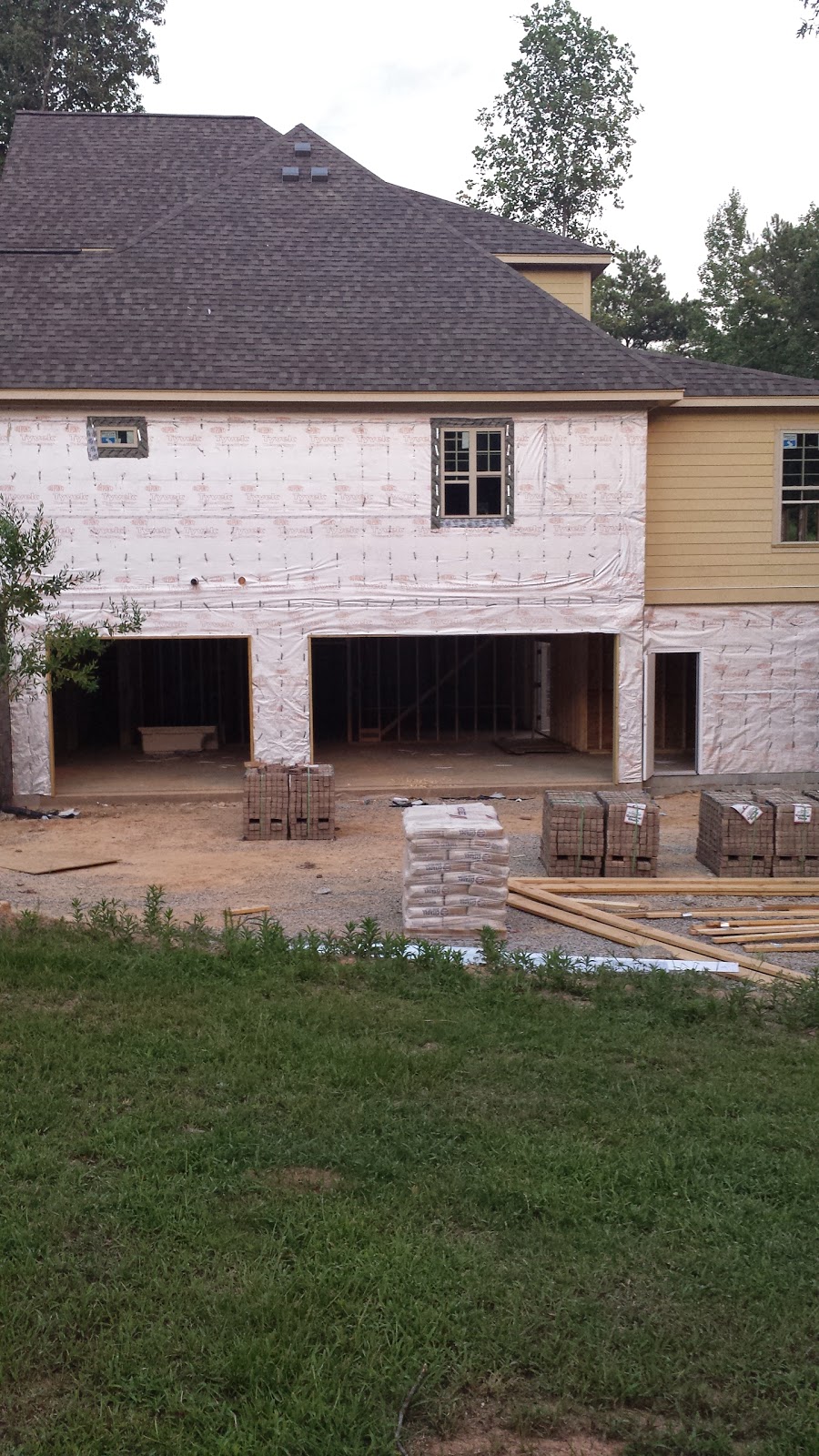 Brick now going on! It's moving along fast! 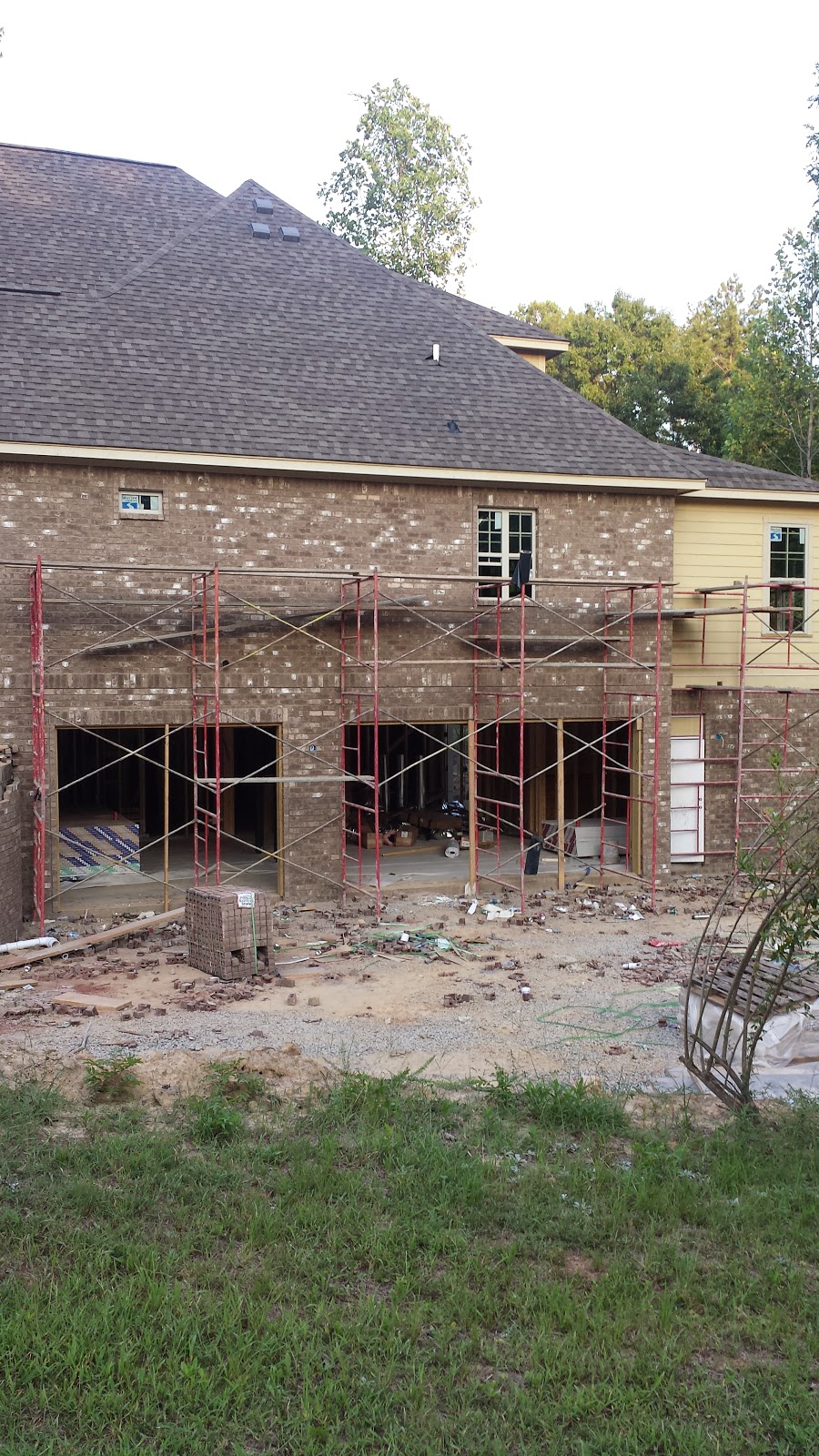 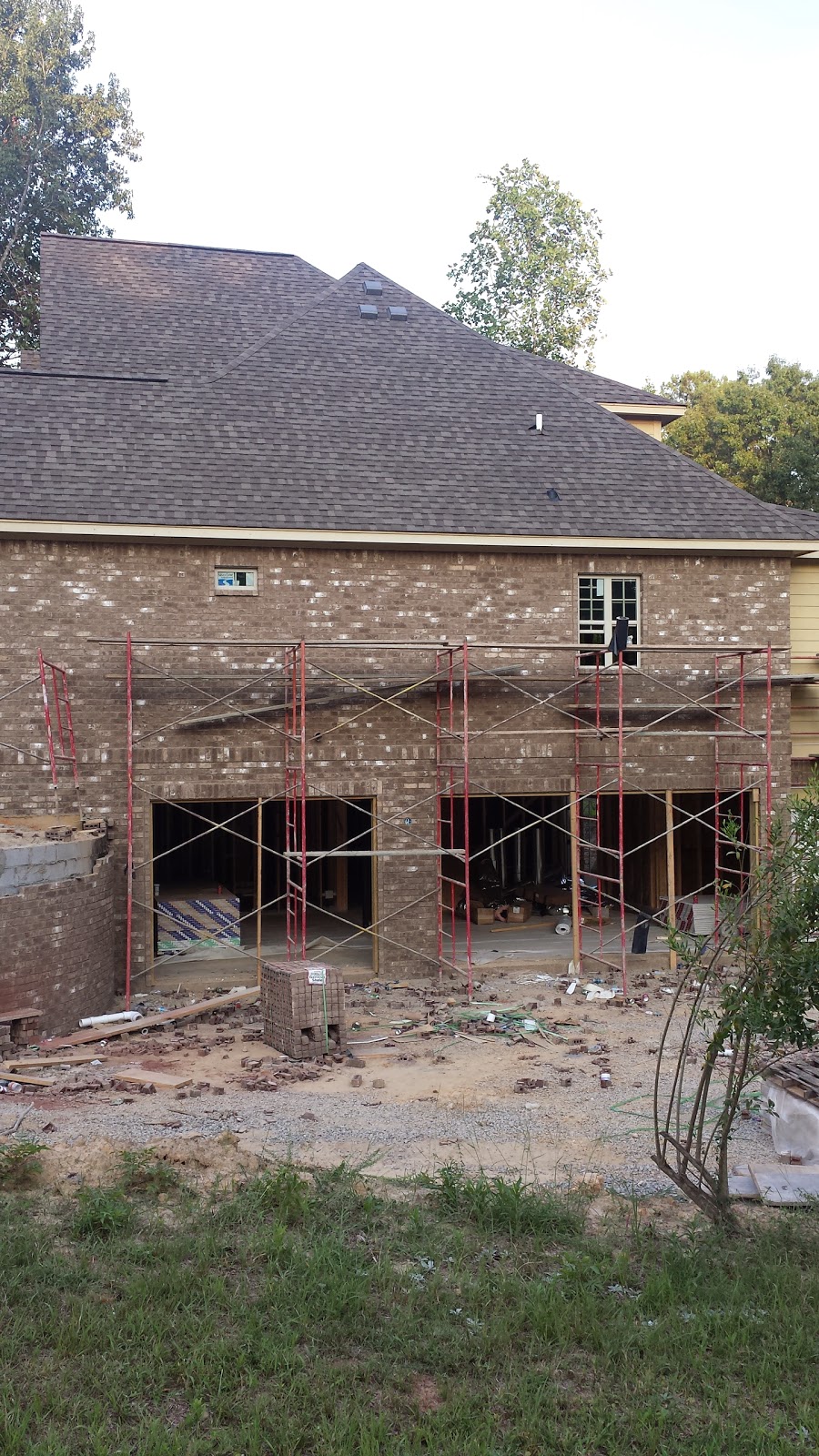 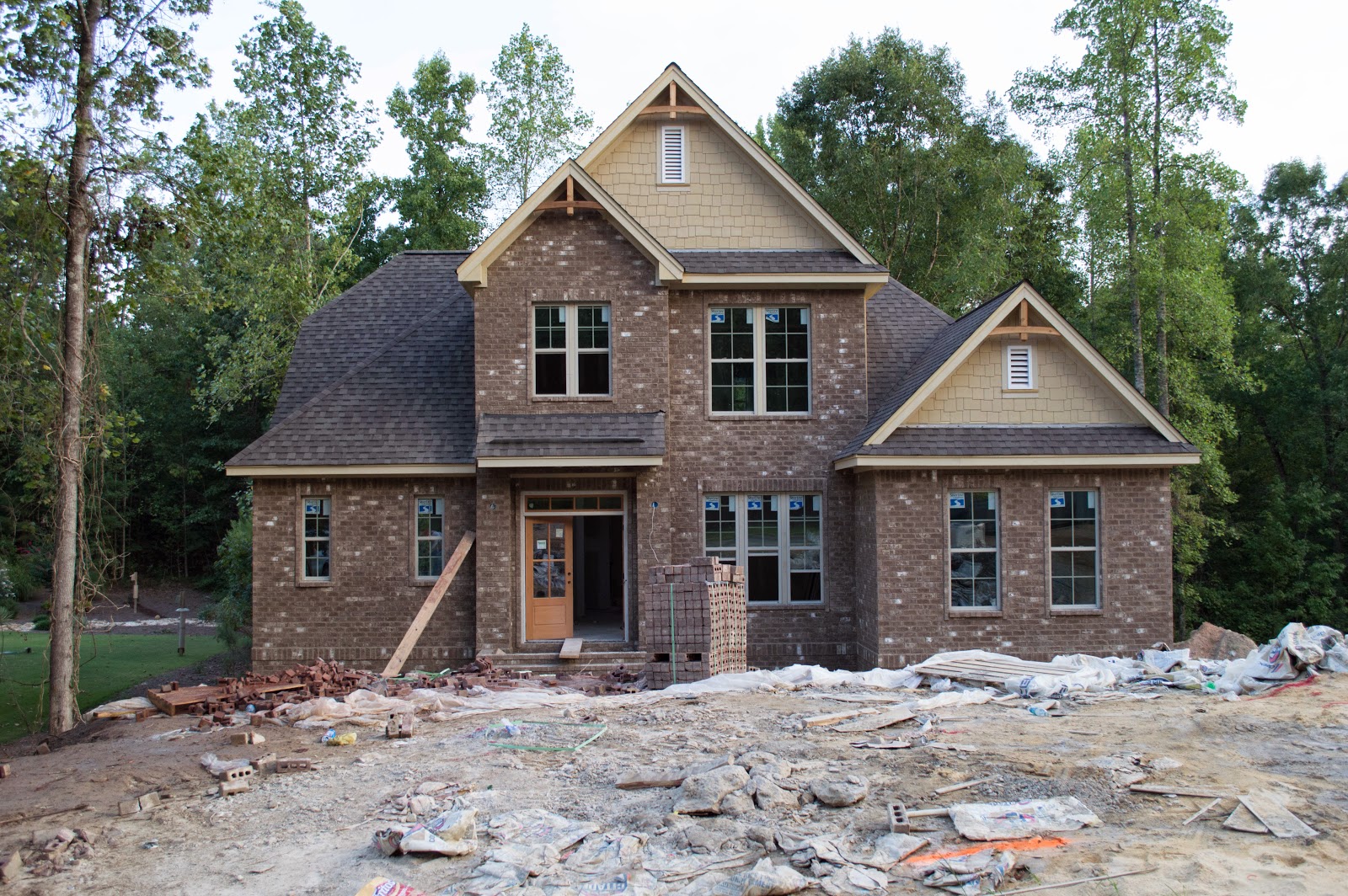 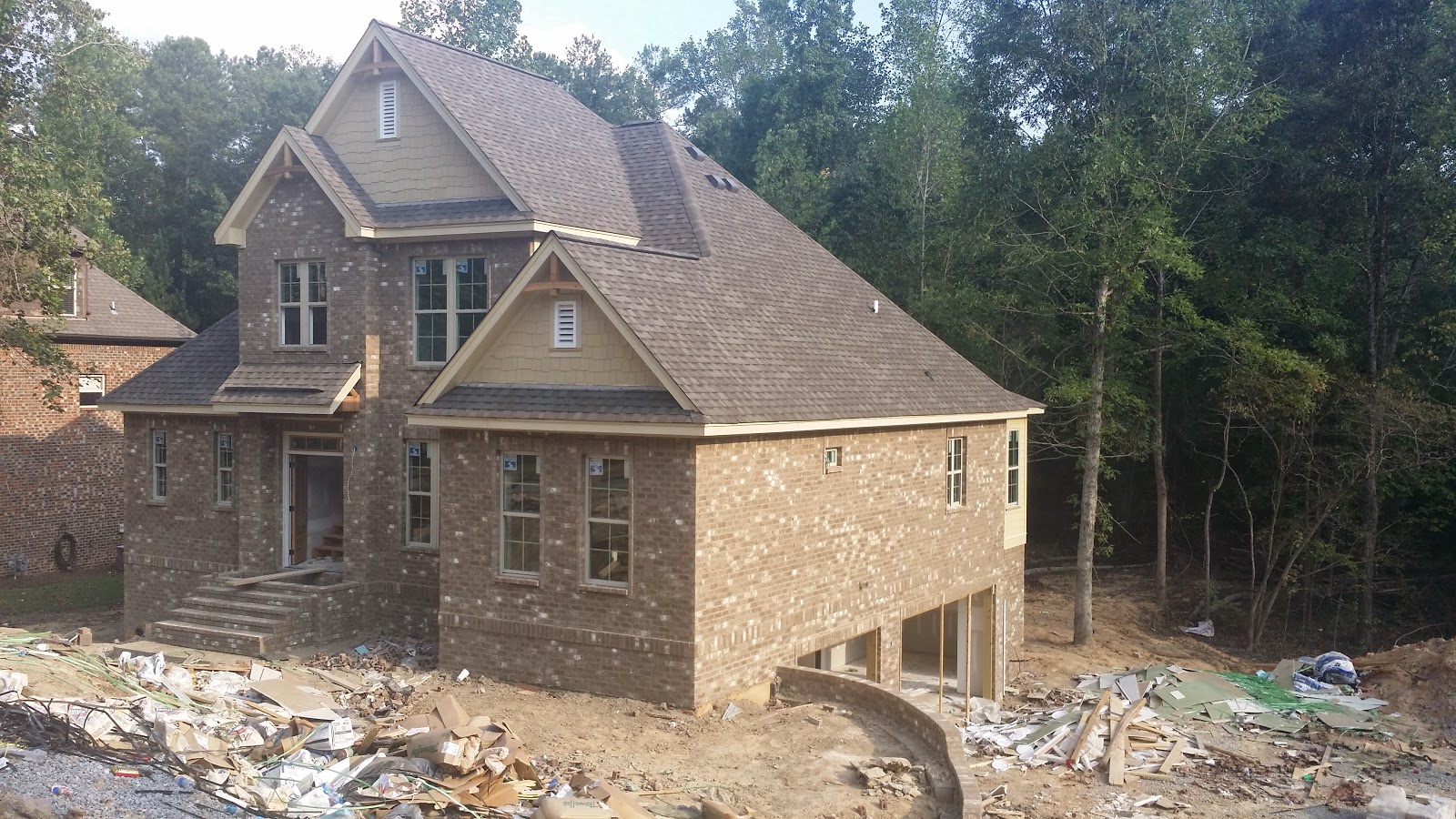 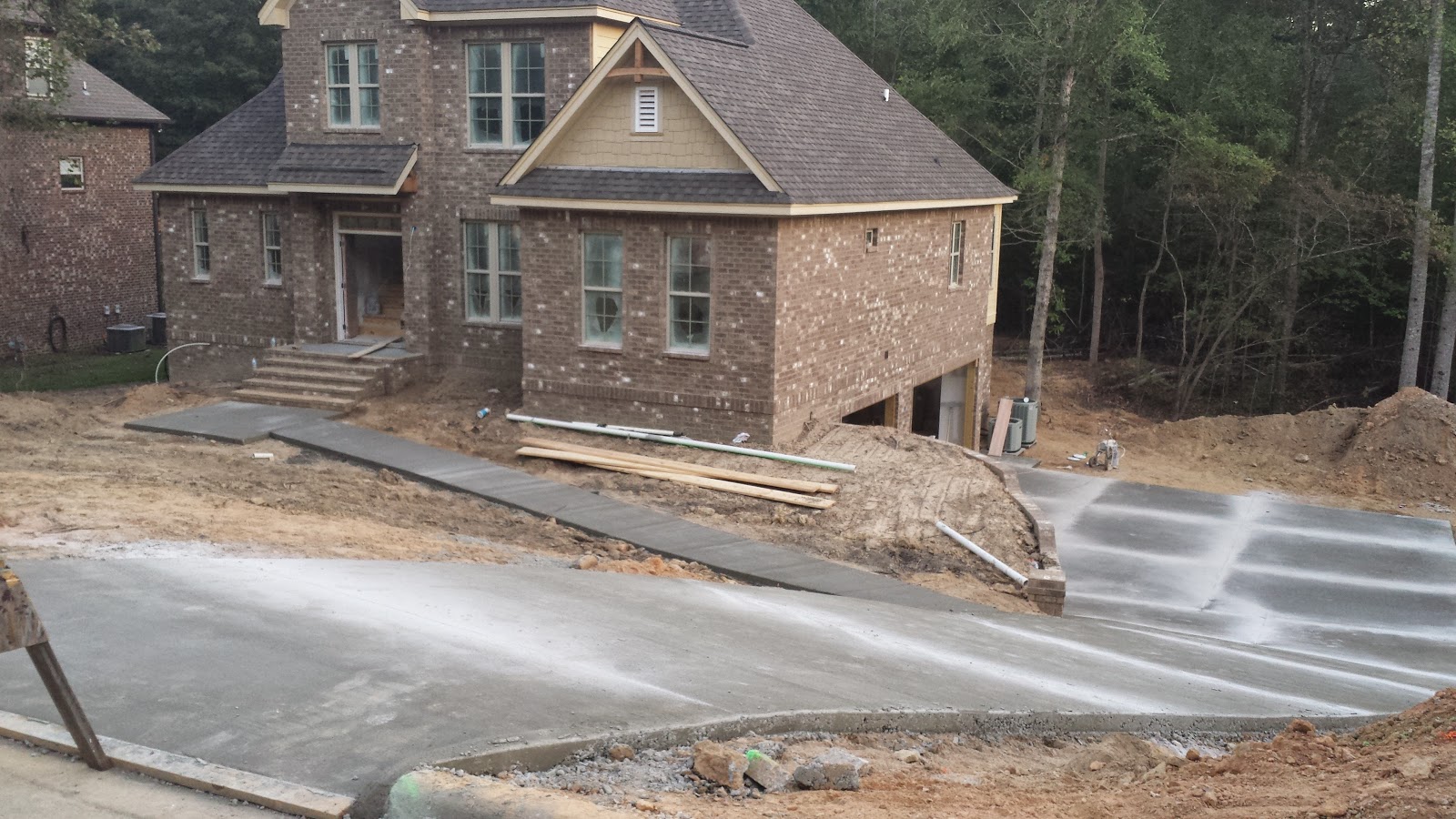 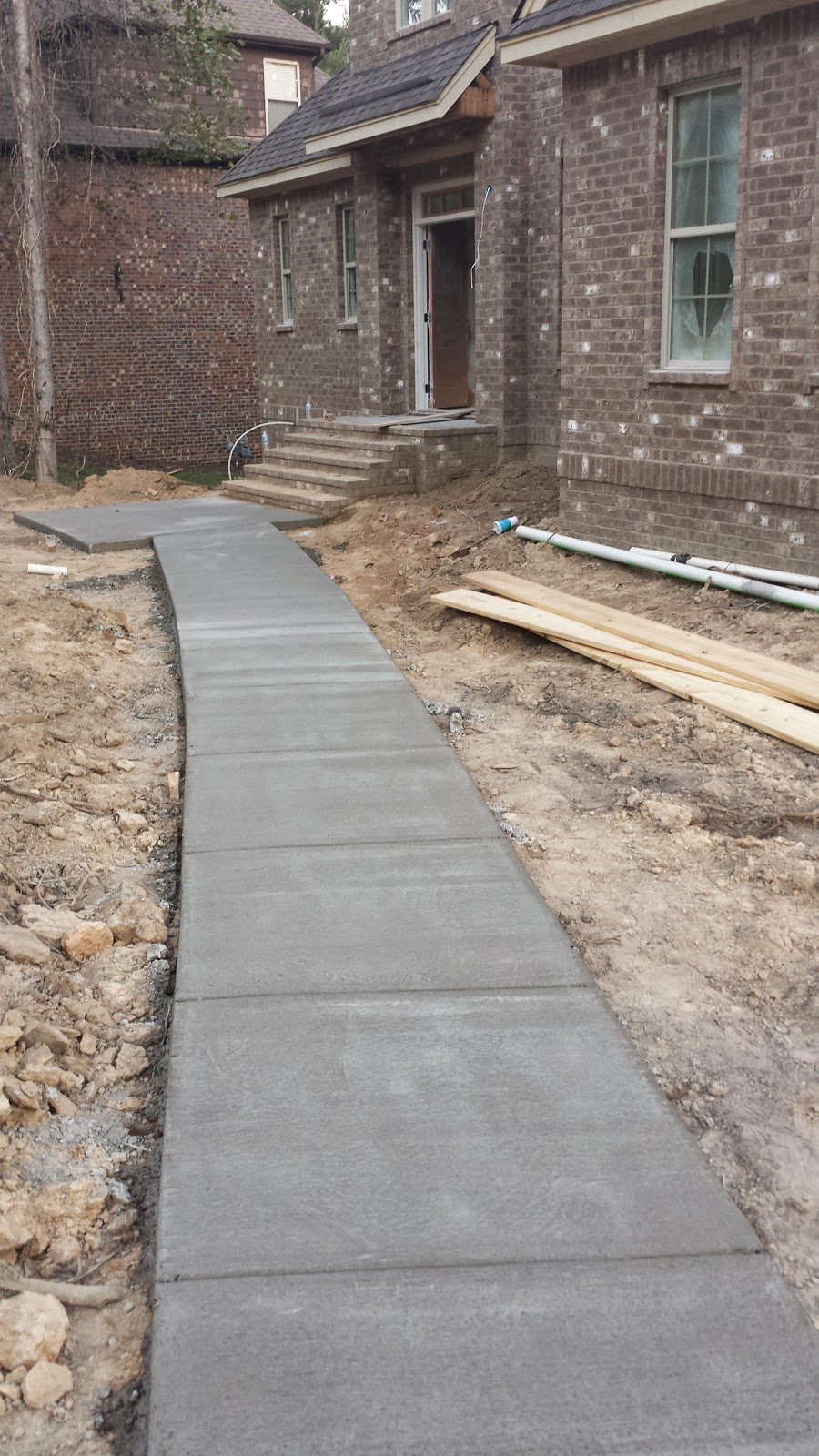 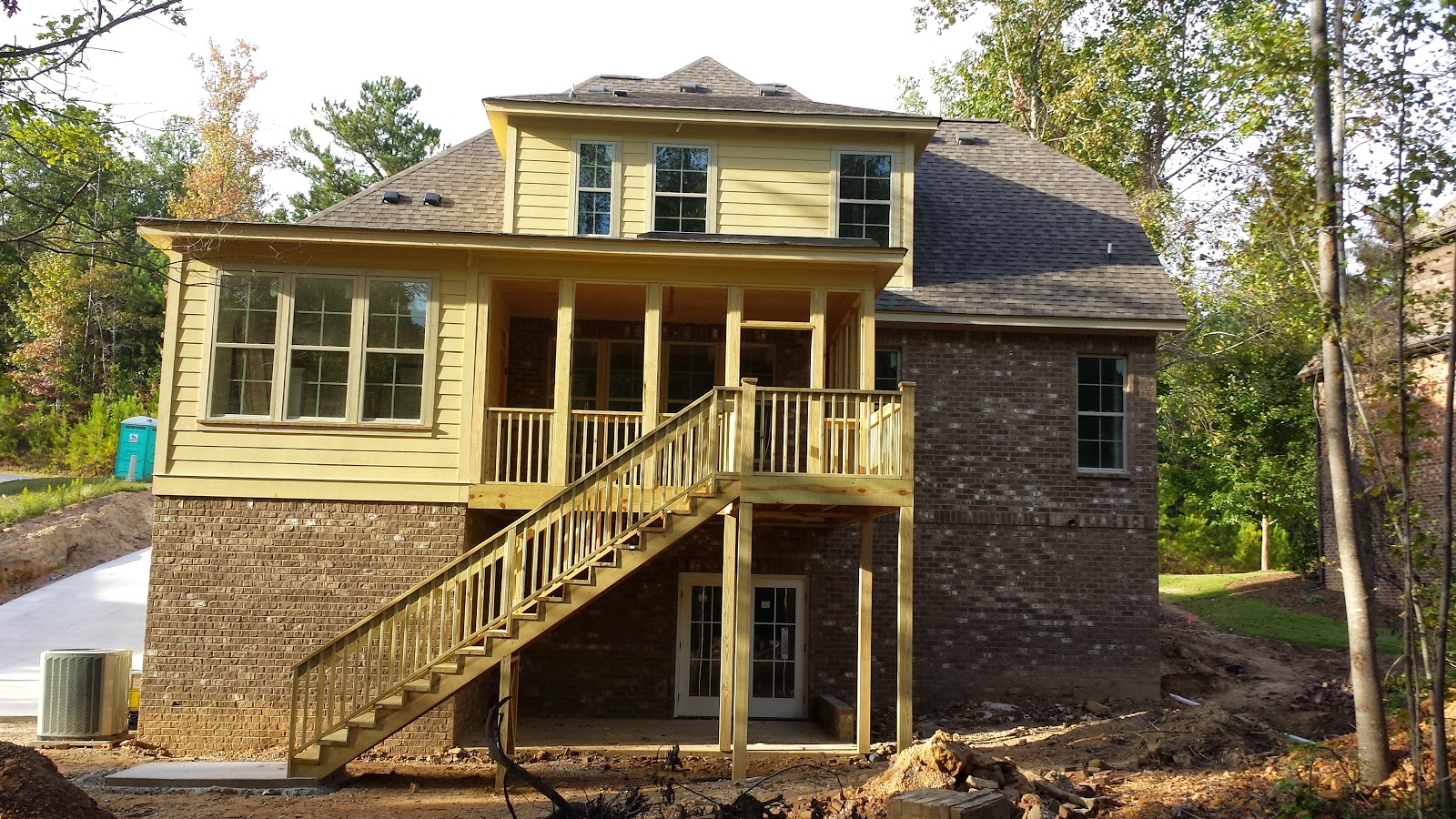 10/18- Front done, painting on back needs to be finished. 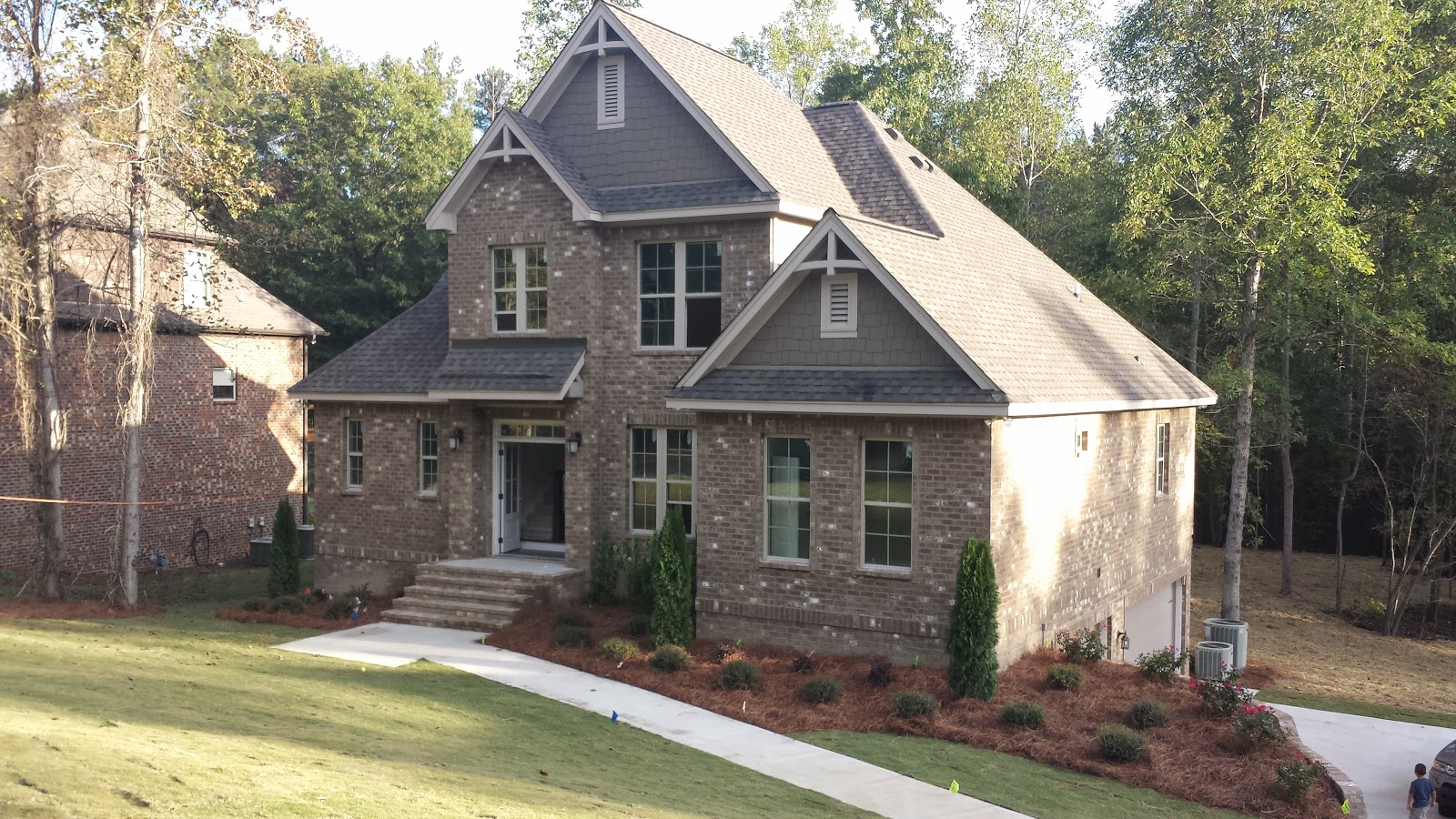 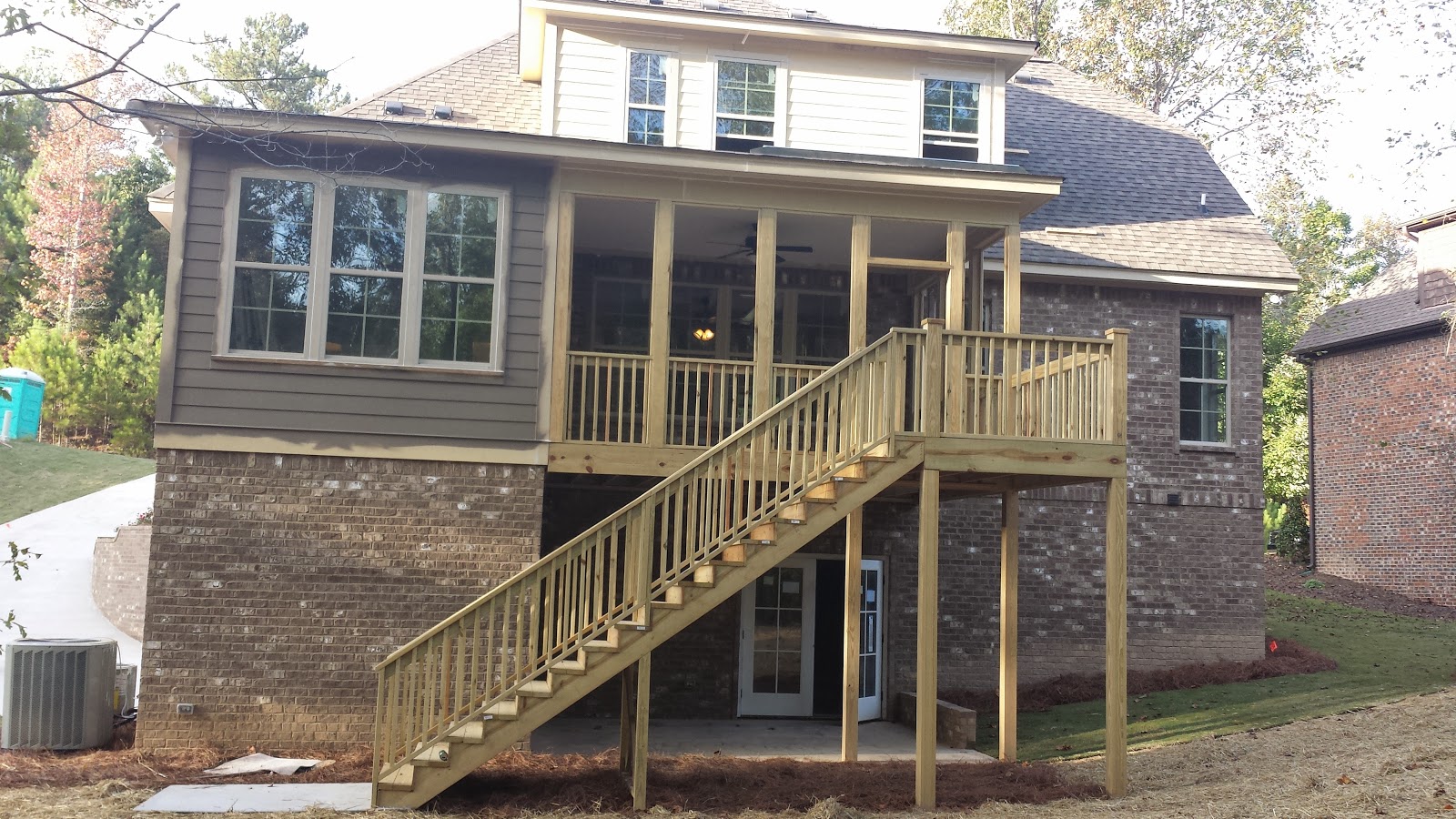 God gets all of the glory for this house.  We chose to believe His word and one thing about God is that He can not lie! When you hear a word from Him you better hold on to it and do not let the enemy confuse you.  It is the devil's job to try to to everything in his power to discredit God, and to make so much go wrong around you to get you to throw everything God told you out of the window and only focus on the negative.  With this house, the devil tried to throw so many distractions at us, I mean down to the day before closing!  However, we already knew the playbook and the many tricks he tries to pull all in an effort to make you think that you can't depend on God and his word. But I am here to tell you that if you just hold on to you know God said, you will always come out on top!  So take my testimony as proof that God's word really works.  And God has no favorites so if it works for me, it will work for you too!