How Getting Sew-Ins Can Grow Your Hair 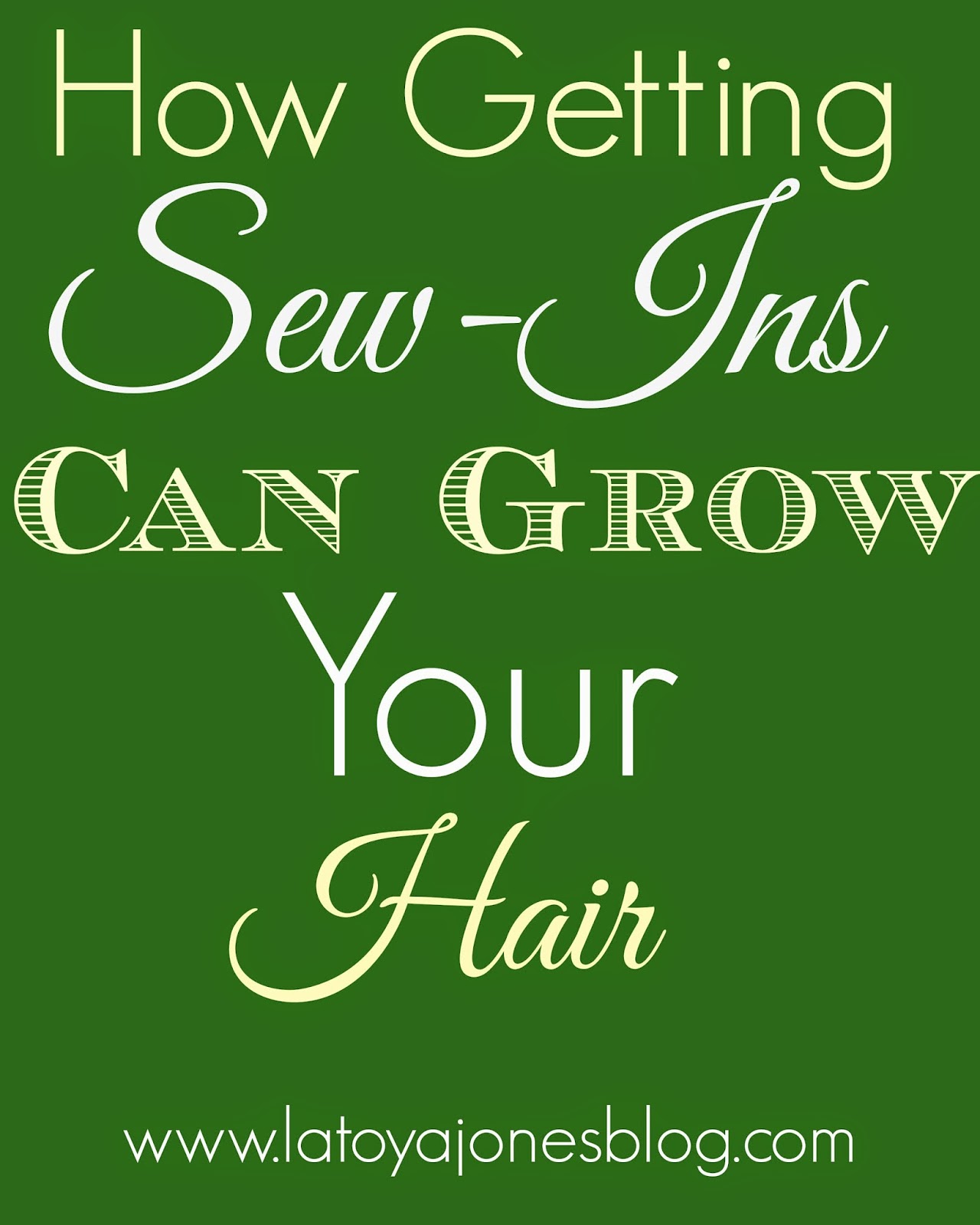 Some women are skeptical about if getting sew-ins can grow your hair or damage it.  The truth is that sew-ins can absolutely grow your hair if you get them done correctly.  You must take care of your real hair and make sure that it is healthy BEFORE you even think of getting a sew-in.  If your hair is damaged, a sew-in will only make it worse.  However, if your hair is already healthy, a sew-in can be a beautiful thing.  Take this client of mine in the pictures below.  She got a partial sew-in in February 2014 and this picture was taken in
May 2014, approximately three months later.  She already has over two inches of new growth!  She will be taking it down this month and getting it redone because she is on a quest to grow her hair back long. 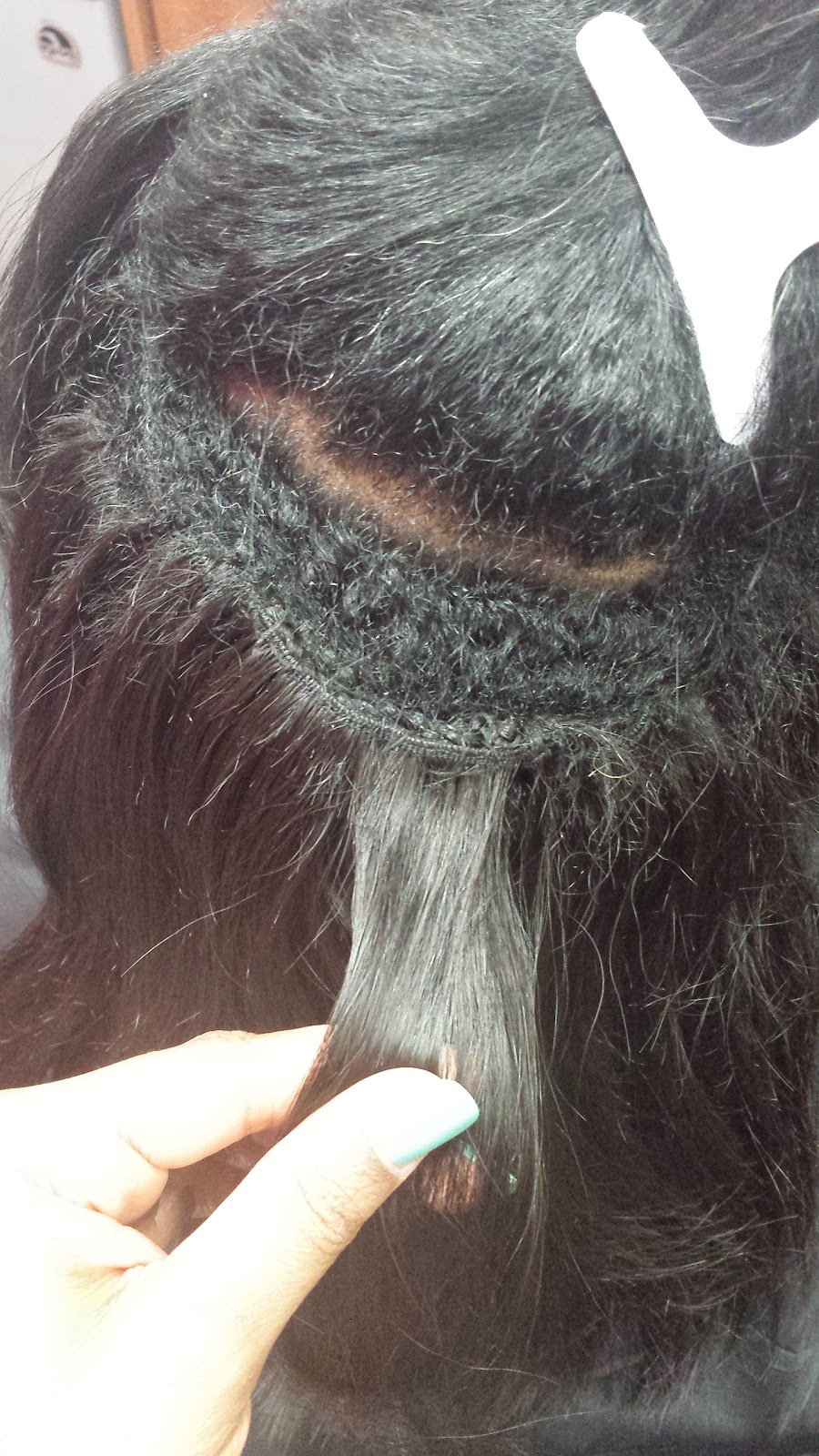 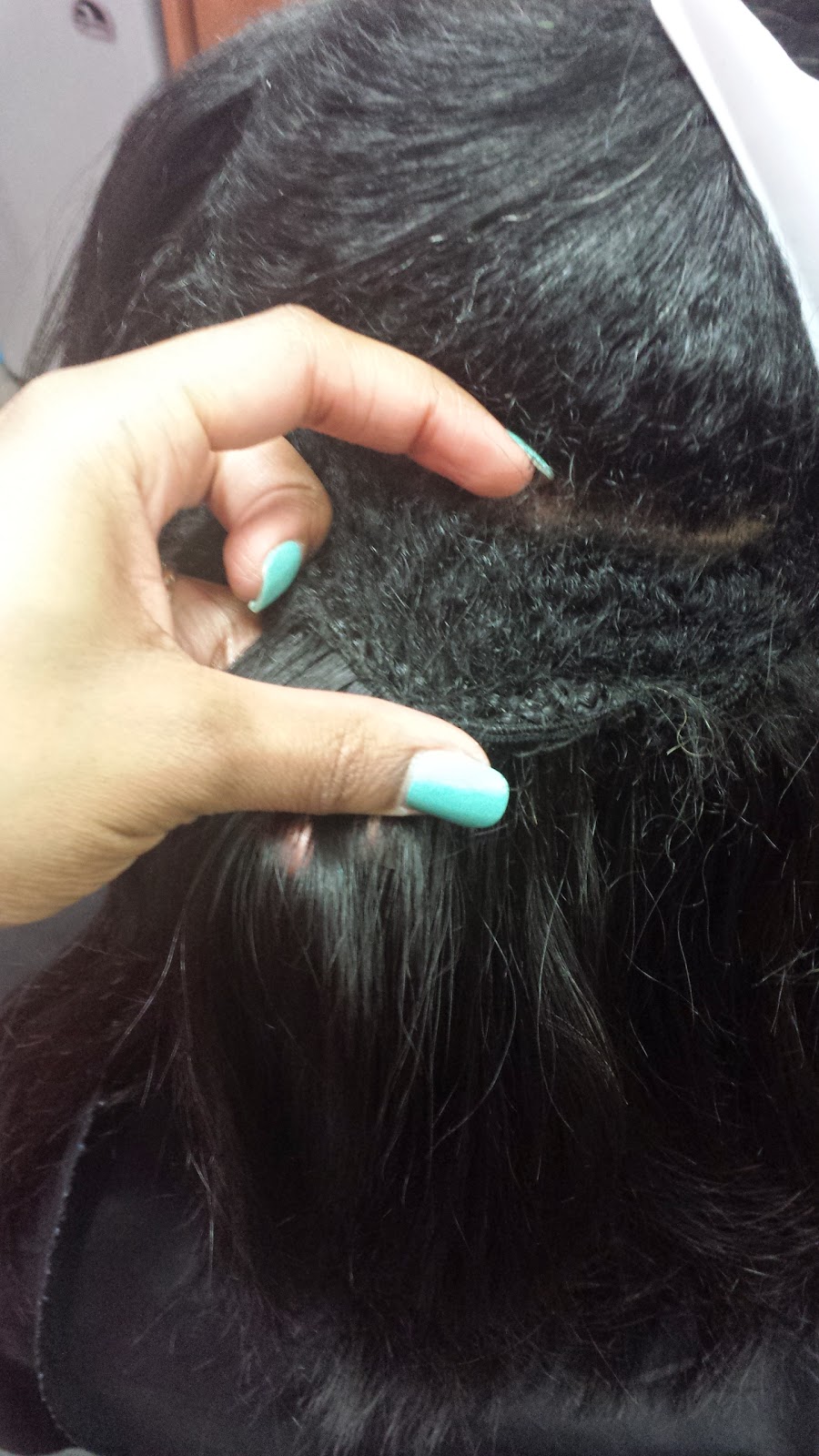 She is very close to having this hair taken down in the very near future.  At that point I will shampoo and deep condition her hair very well before doing it all over again.  There will be no breakage or damage because her hair was healthy to begin with.  Had her hair been damaged before the sew-in, the stress of the braiding and sewing of the other hair would have only made it that much worse.  Also the sew in can last much longer than three months but at that point it is time to take it down and give the natural hair some much needed attention.  Leaving it in longer than the recommended time can also cause the hair to become matted or even begin to grow mold!  This would result in the hair having to be cut which is the exact opposite of the whole reason for getting a sew-in in the first place.  Remember, wearing weave should always be an option, not a requirement.  Healthy hair first!
Share:
Posted by LaToya Jones at 9:42:00 PM