The Versatility Of A Silk Press 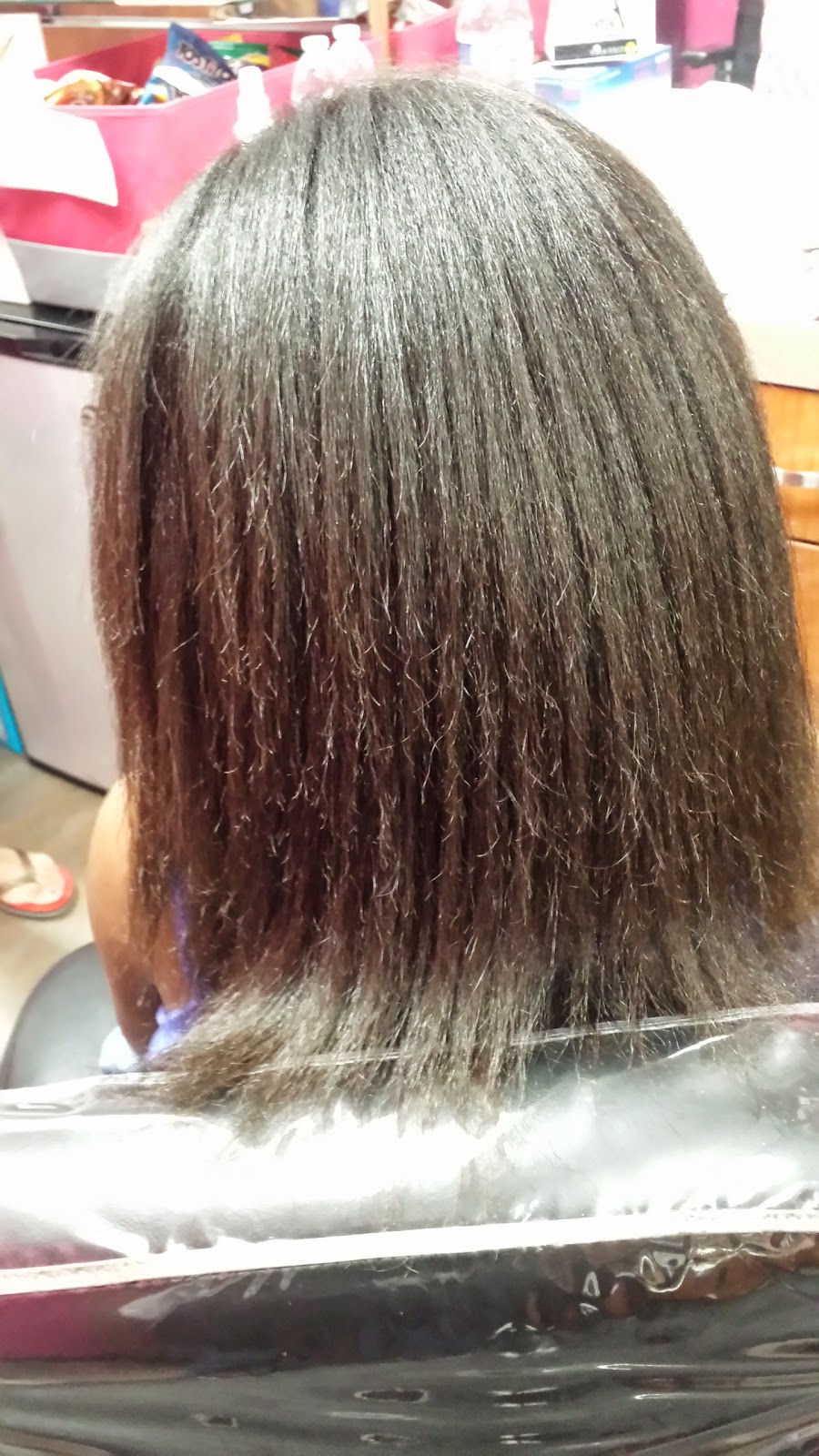 This is a young client that is only eight years old.  Of course she started out with natural hair but she had so much hair that her mother decided to let her get a relaxer.  She was very tender headed and did not like to get her hair combed much so having it relaxed made things a lot easier.  A couple of years went by and her mom decided to let the relaxer go and allow her daughter to transition back to natural so as of right now she has a little more natural hair than relaxed, approximately 5-6 inches. 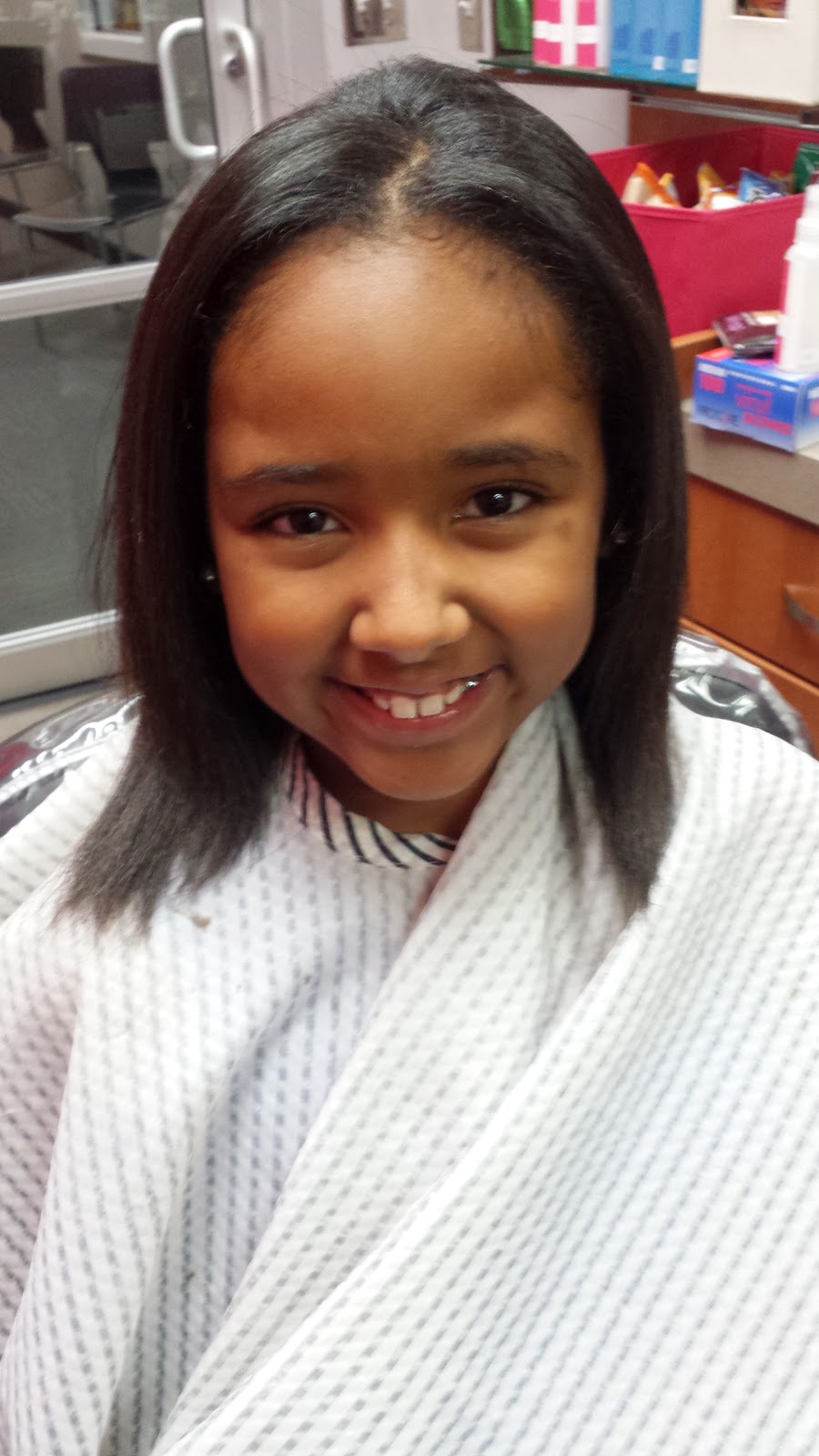 She came to see me today to get it pressed but since it is so hot this summer she also wanted to be able to wear it up in a ponytail.  Instead of simply blowing it out, putting some edge control around the edges, brushing it into a ponytail and curling, I decided to actually do a silk press then pull it up which allows her to have lots of versatility. 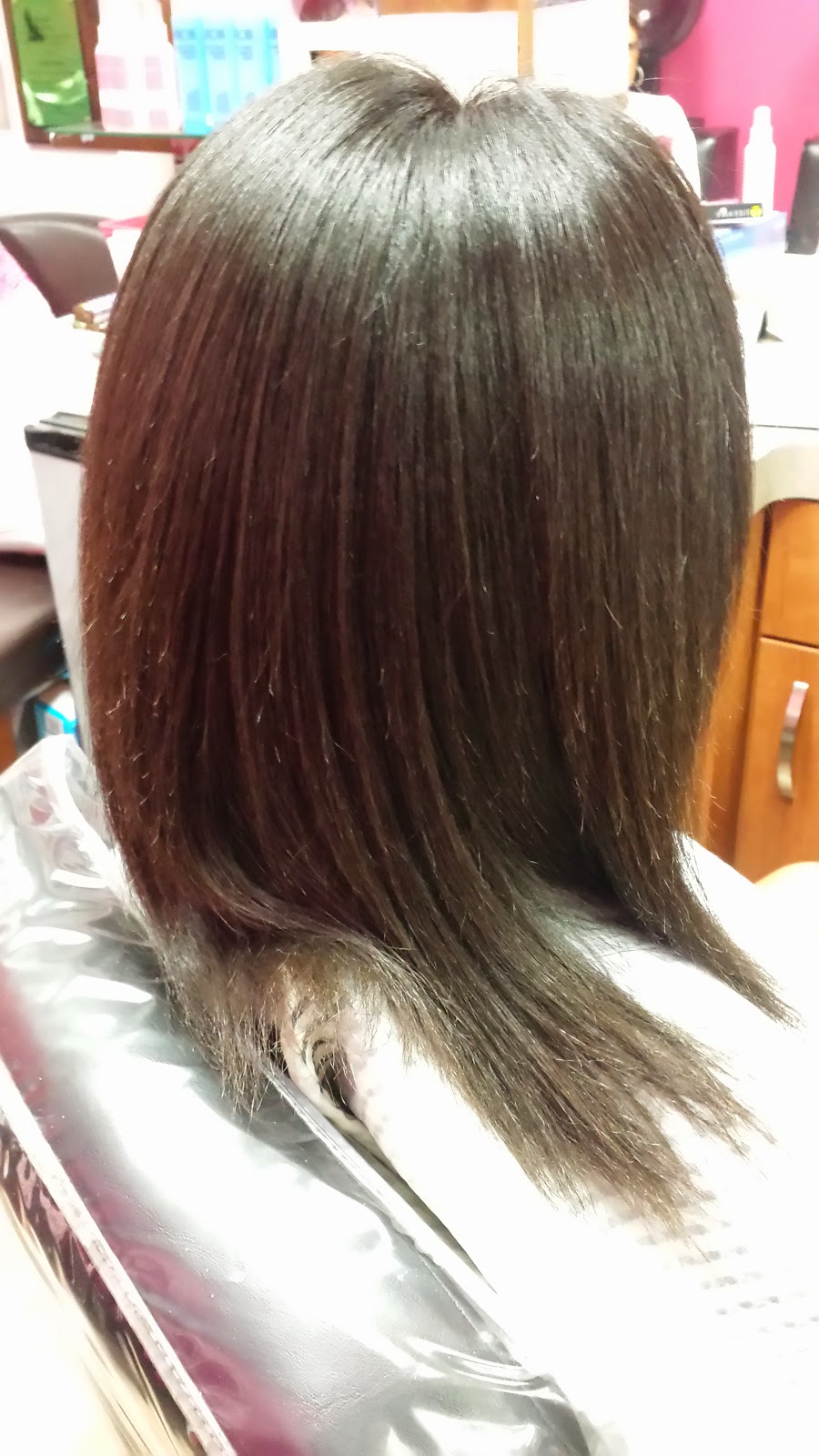 I started with Silk Hydration by L. Jones clarifying shampoo to get all of the excess dirt, oil, and residue off of the hair. I then followed up with the Silk Hydration by L. Jones Extreme Moisture shampoo to add the good moisturizers (like liquid silk) back in.  After that I applied the daily conditioner and let sit for a few minutes. Once I rinsed I then began to blow dry in sections while applying the leave-in conditioner to each section before blow drying. Once I was finished I then began to press it with the ceramic iron.  After I got finished pressing it all out I then brushed it into a side ponytail and curled it.  This way, once her mom gets tired of it being in a ponytail, she also has the option of simply taking it down and wrapping it instead of having to shampoo it again once she takes it down. 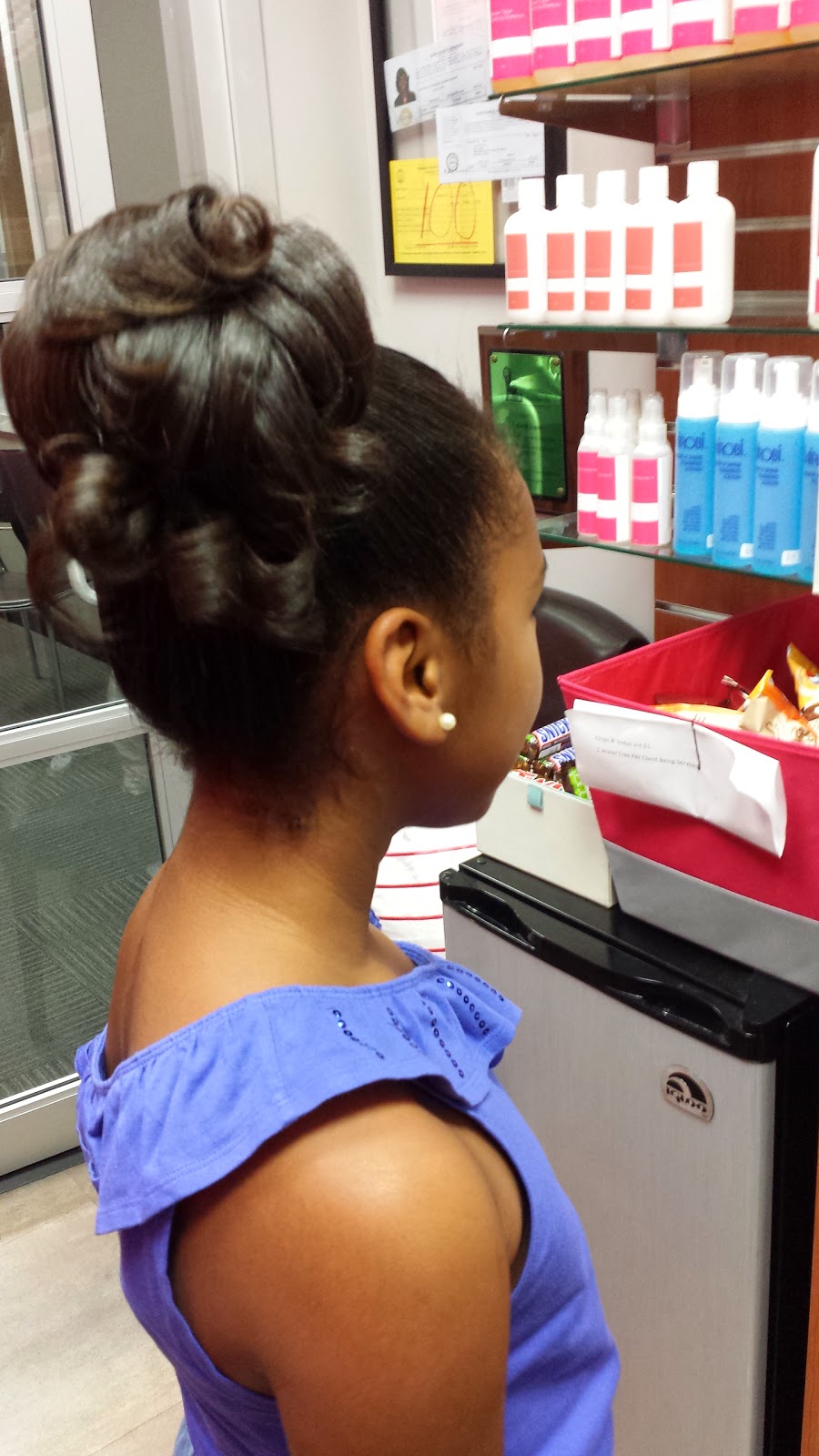 To maintain her ponytail all she has to do is put her wrap cap on or a silk scarf to tie the edges up.  She can add rollers to the ponytail to keep it curled without having to use any more heat.  No sleeping cute required! 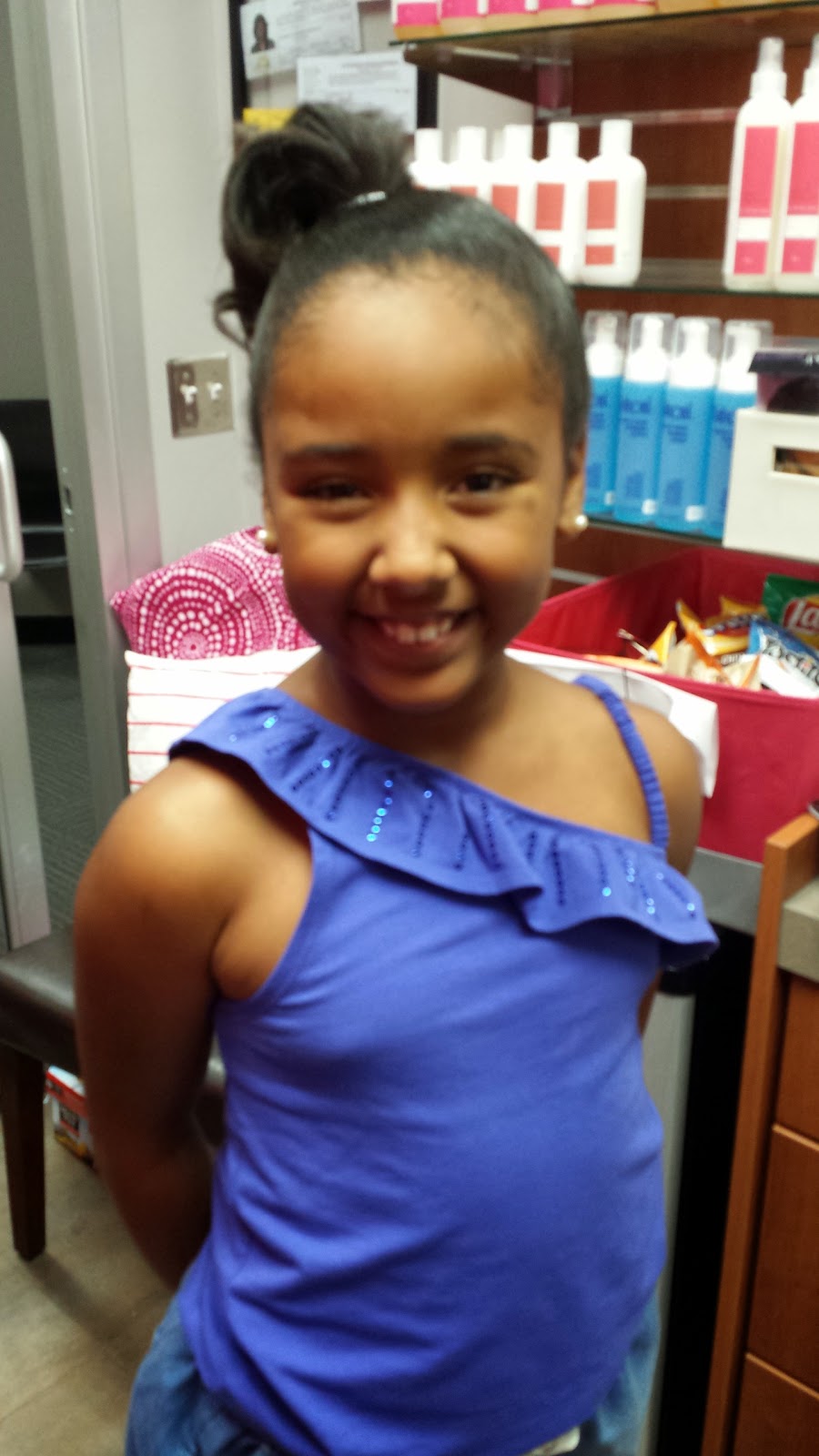