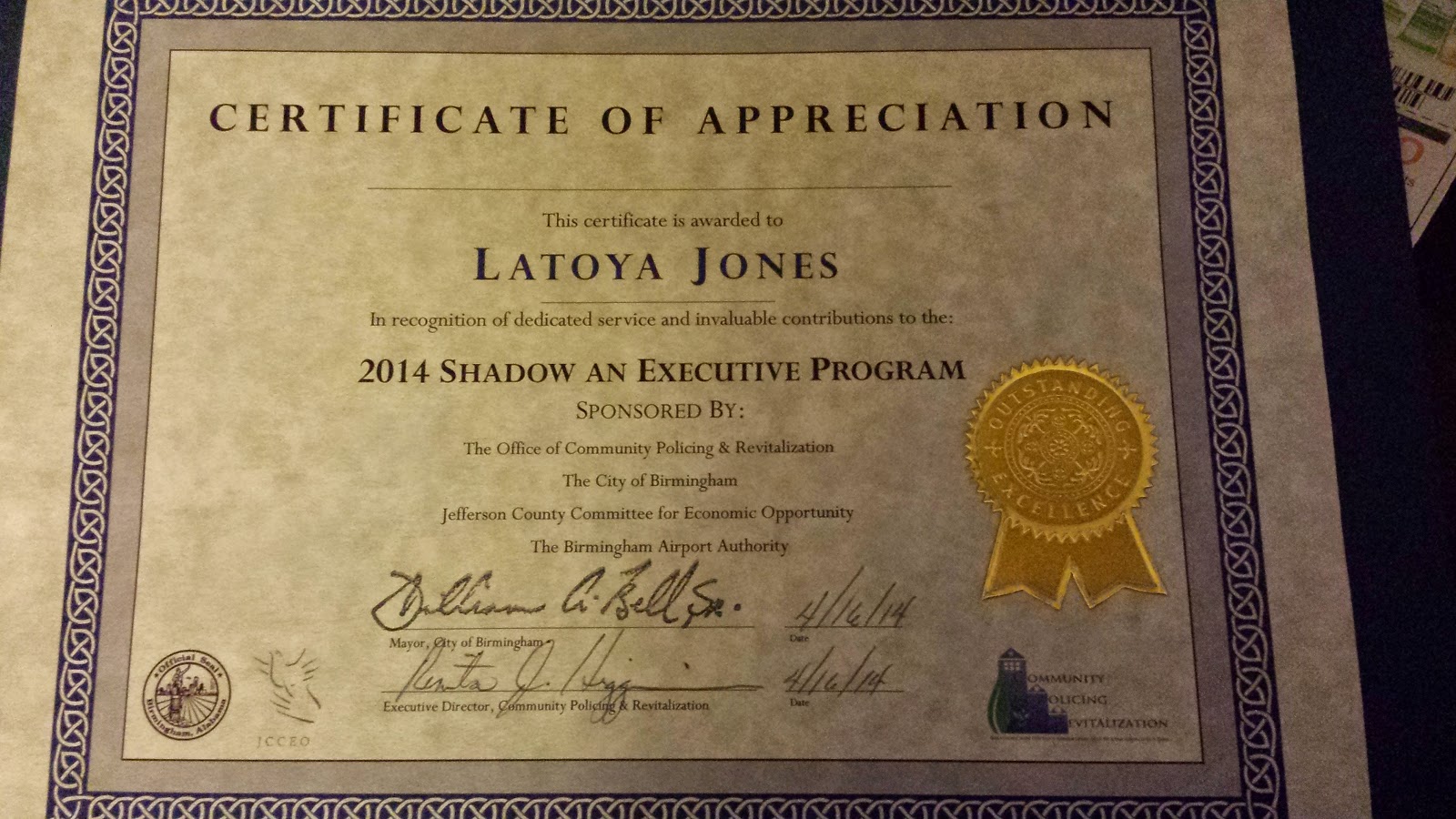 I had the pleasure of being asked to be part of a mentorship program in my city with high school kids that were juniors and seniors.  The program helps teens make a decision on what they would like to do after they graduate high school.  I think that this is an excellent program and wish it would have been around when I was in high school.  Many kids, including myself have no idea of what they want to be when they grow up.  I had no idea what I was passionate about in high school.  All I was thinking about was which career paid the most money.  Little did I know it was about more than just money.  I actually wanted to like/love what I did.  I changed my major so many times in college for the simple reason that I was following the money instead of my passion.  Once I got in the field and started some of the classes, I knew that some of the choices were not going to work for me.  At that point though, time
and money had been wasted.  If I would have had a chance to be in a program like this where I could actually go and shadow someone in the field of my desired choice to see exactly what they do instead of what I think they do it could have saved me a lot of time.

This teen goes to the same school I went to so I was really excited to get a call that she was interested in being a hairstylist. She was able to shadow me then at the end of the program all of the participants were given an awards ceremony.  I of course had to go and support her but had no idea that I would be receiving an award as well!


I felt so honored to be asked to be an executive partner in this program.  I know that when a lot of teens are asked what they want to do with their life, many are expected to pick "traditional" careers like doctors, nurses, lawyers, engineers, etc.  I know this because I was once a teen and I do feel like that was expected of me.  Many people do not see being a hairstylist as a real career when the truth is that many successful hairstylists make the same salary if not more than doctors and lawyers!  So the fact that this student wanted to select me as a mentor made me blush a little bit! She has two more years until she graduates but at least now she can make an educated decision on if that is what she wants to do now that she has had a chance come and sit with me and see everything it takes to become a successful stylist.
Share:
Posted by LaToya Jones at 8:33:00 PM
Labels: career, executive status, giving back, hair, helping others, mentoring, mentorship