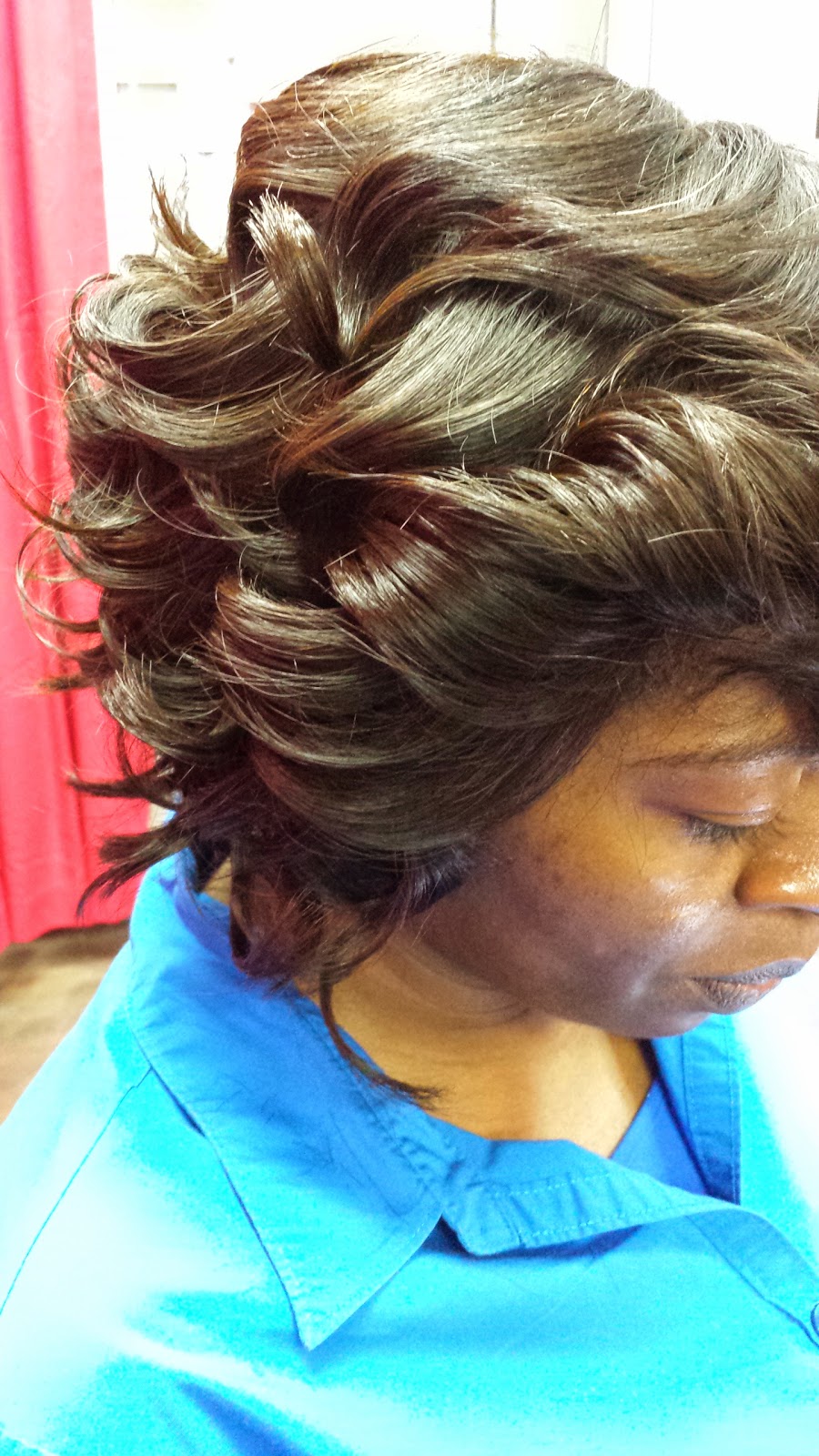 Many times when I post a sew-in with leave out it is a sew-in with versatility meaning it can be pulled up in a ponytail or high bun.  This sew-in however, was not done with versatility because I knew that this particular client wanted it to be cut in a bob and there is no way a bob is going to be pulled up in a high bun or ponytail.  Most styles that can do that are left long.  With this sew-in I left just enough hair out to show her natural part, cover the tracks, and a little bit of the edges out. 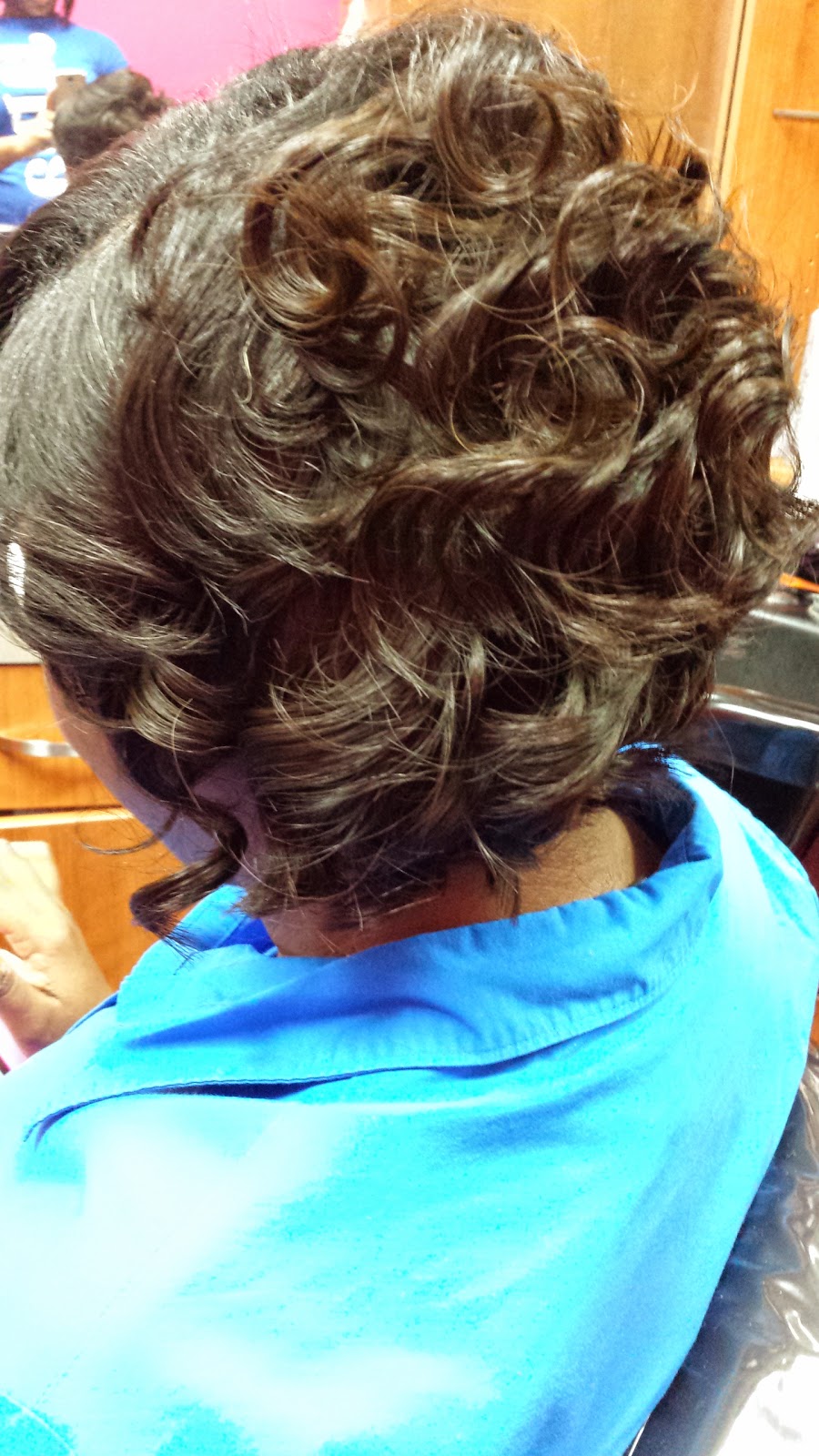 Before sewing the hair in, I shampooed and deep conditioned the client's natural hair as well as put a generous supply of leave-in conditioner (Silk Hydration by L. Jones products) on the hair.  After sewing in, I then cut the hair into a layered bob style and curled it. 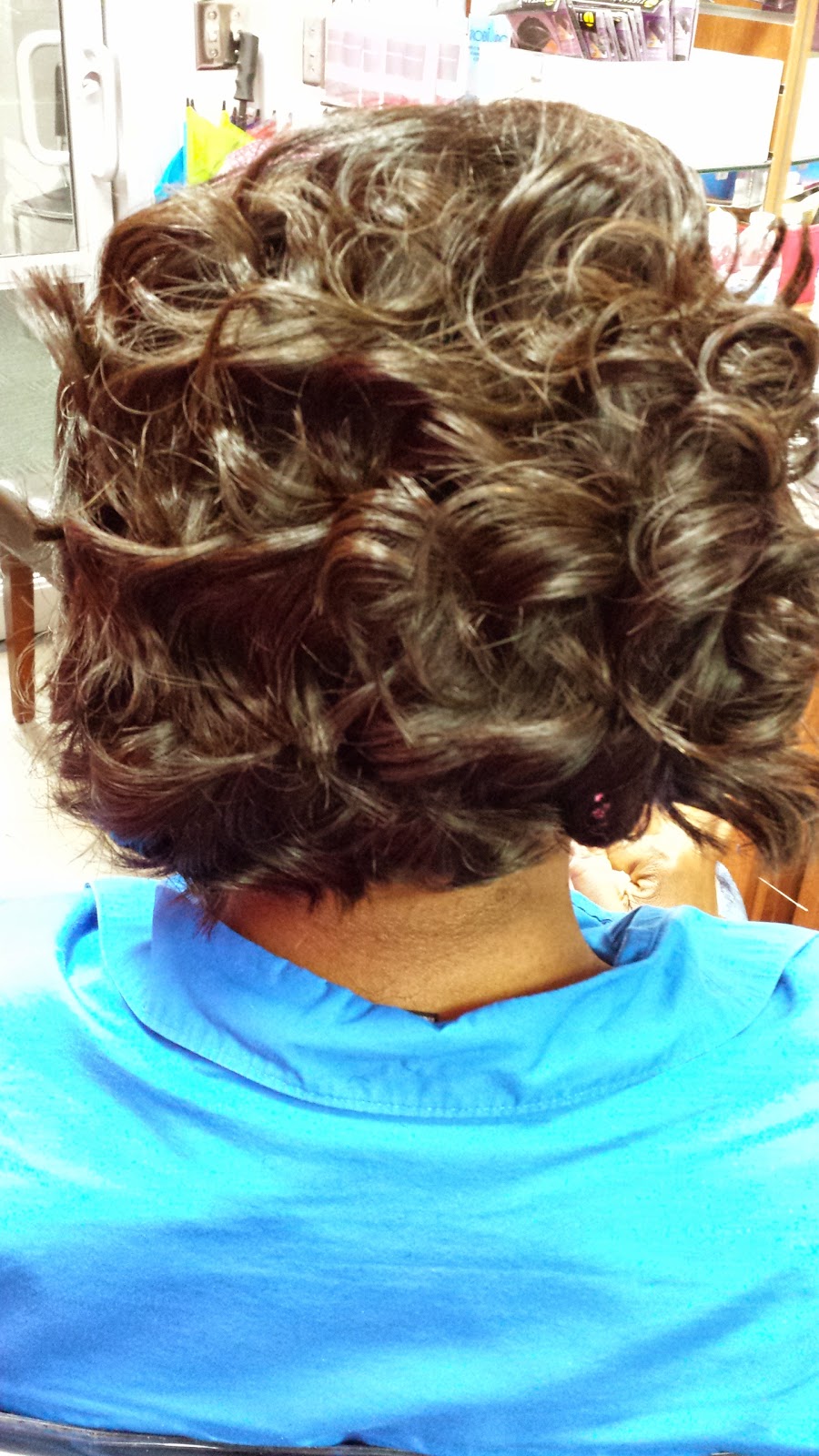 We also did a heavy bang so she could have a swoop in the front. 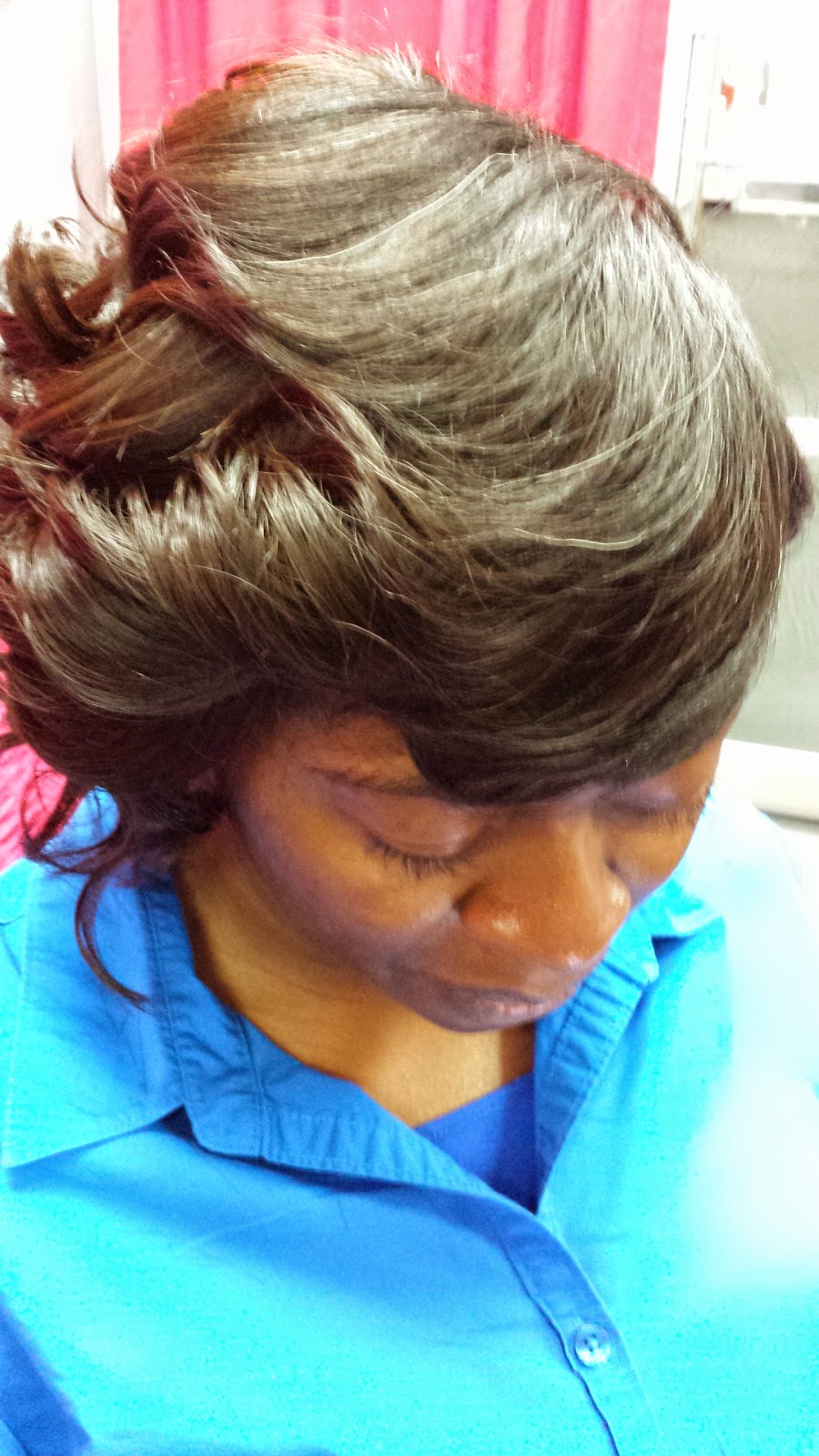 Before I curled the hair I flat ironed it first.  I thought she wanted her hair just curled the way it was cut so the layers would show.  That is what I get for not asking because she wanted it curled like the pics above.  While I had it all cute I decided to take pics of it this way as well. 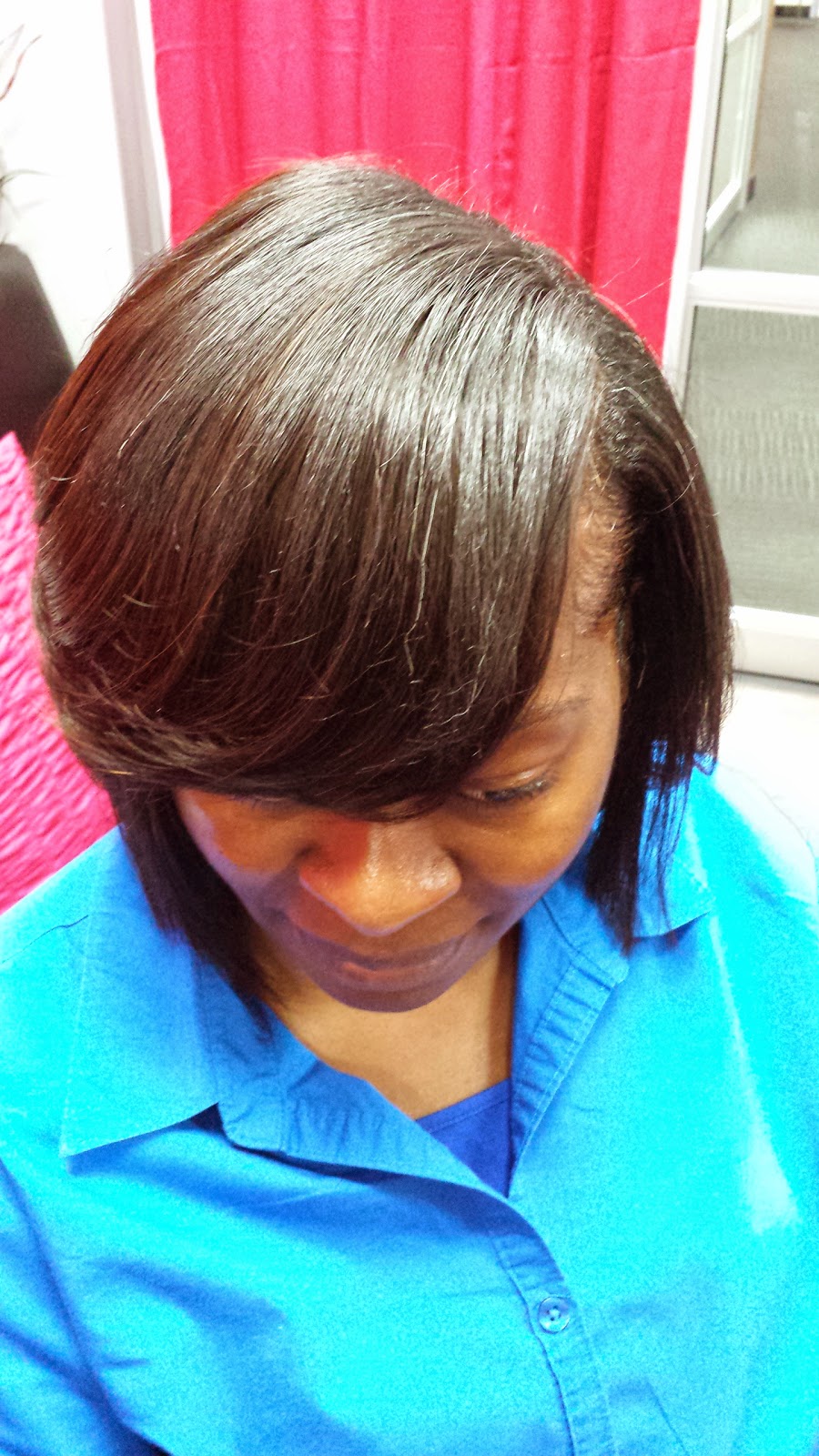 To take care of her hair she can wrap it at night and put her silk scarf on it.  She can also choose to just put her satin bonnet on as well if she does not want to wrap it. 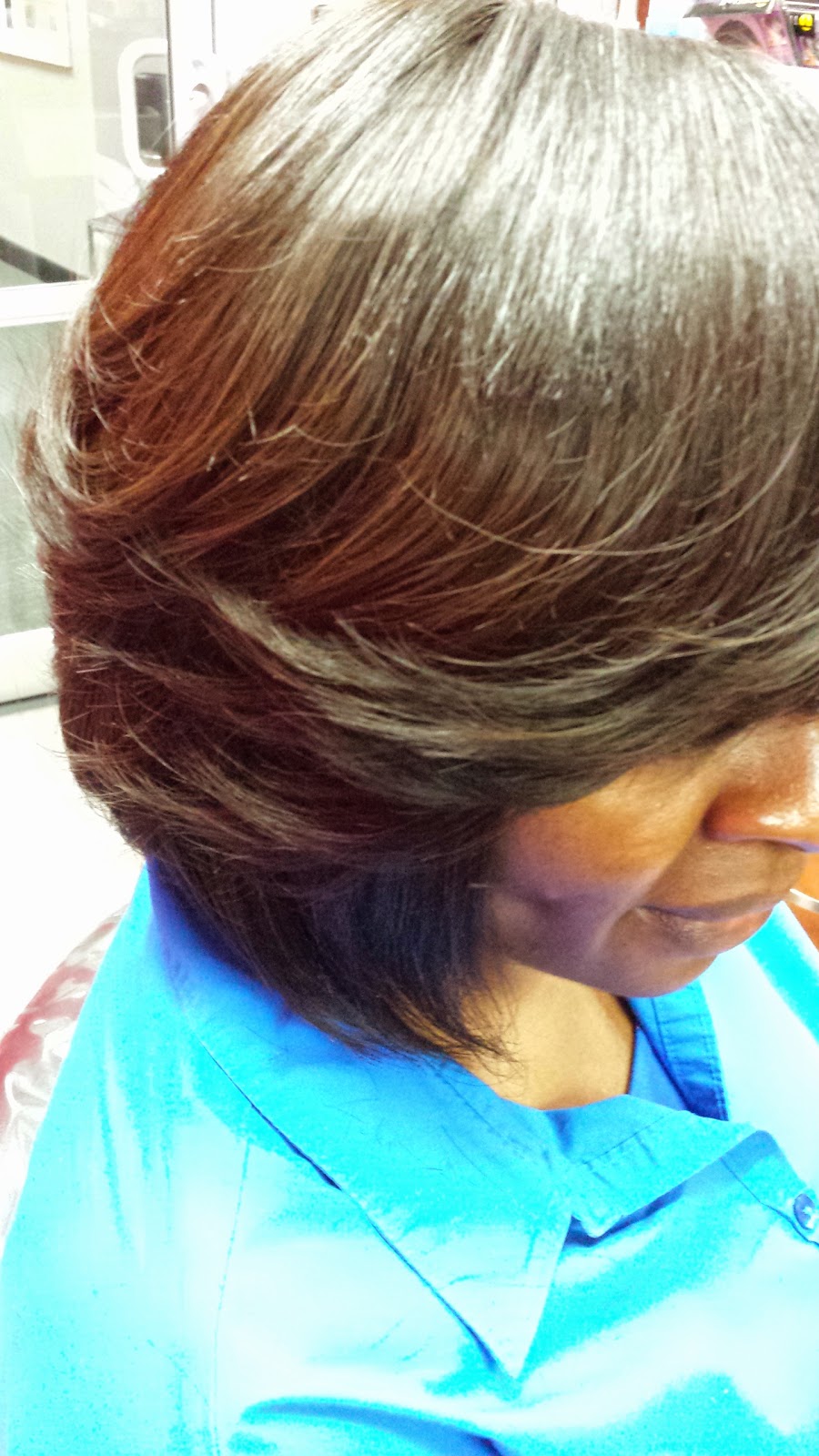 If she ever needs to bump the ends of the hair, she can do so with no damage to her real hair. For the leave out she can tie that down with her scarf instead of applying heat to it. 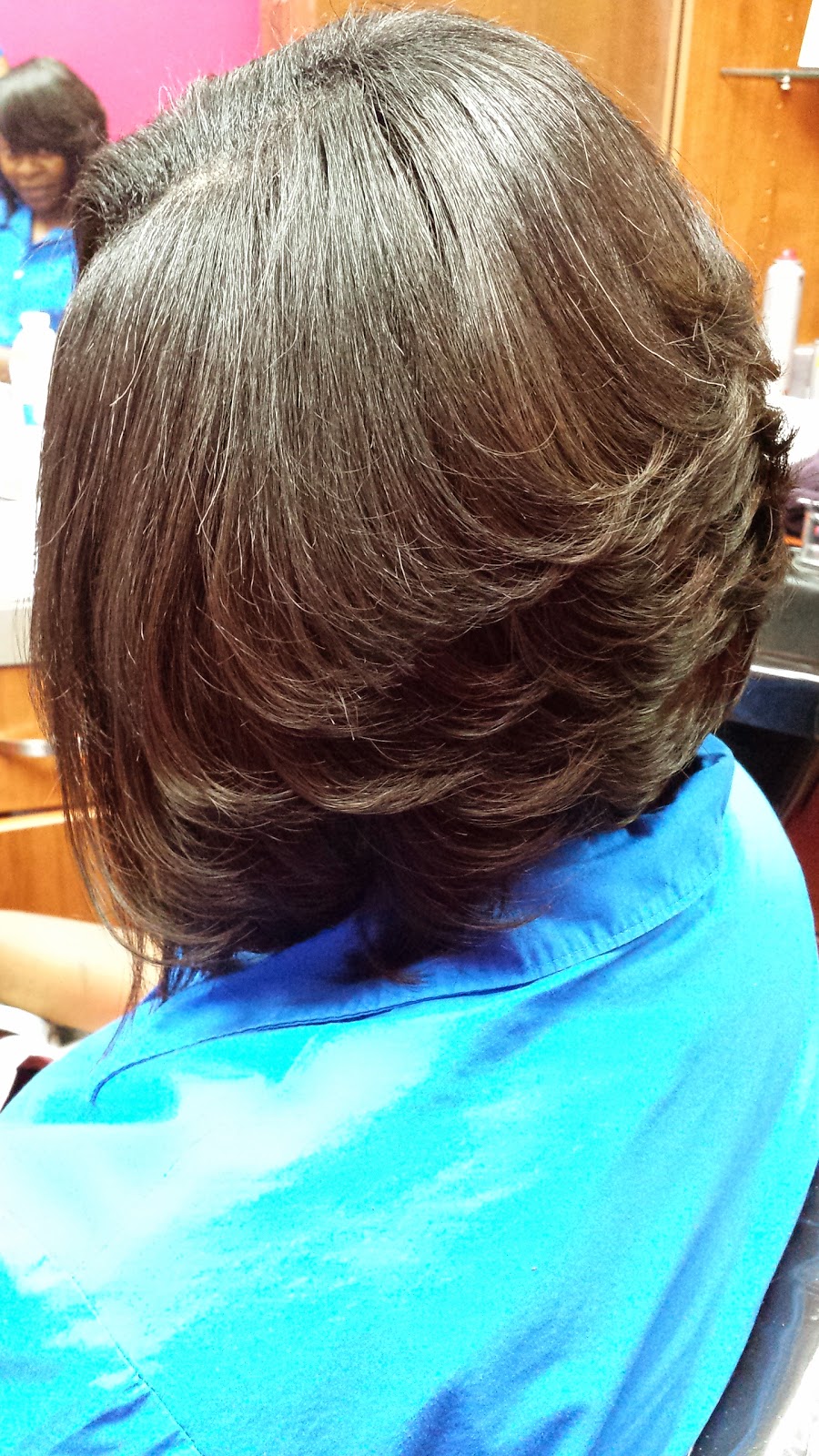 To give it a bit more shine she can spray Silk Hydration by L. Jones Miracle Potion no.9 on it to eliminate any frizzy ends and give it some shine. 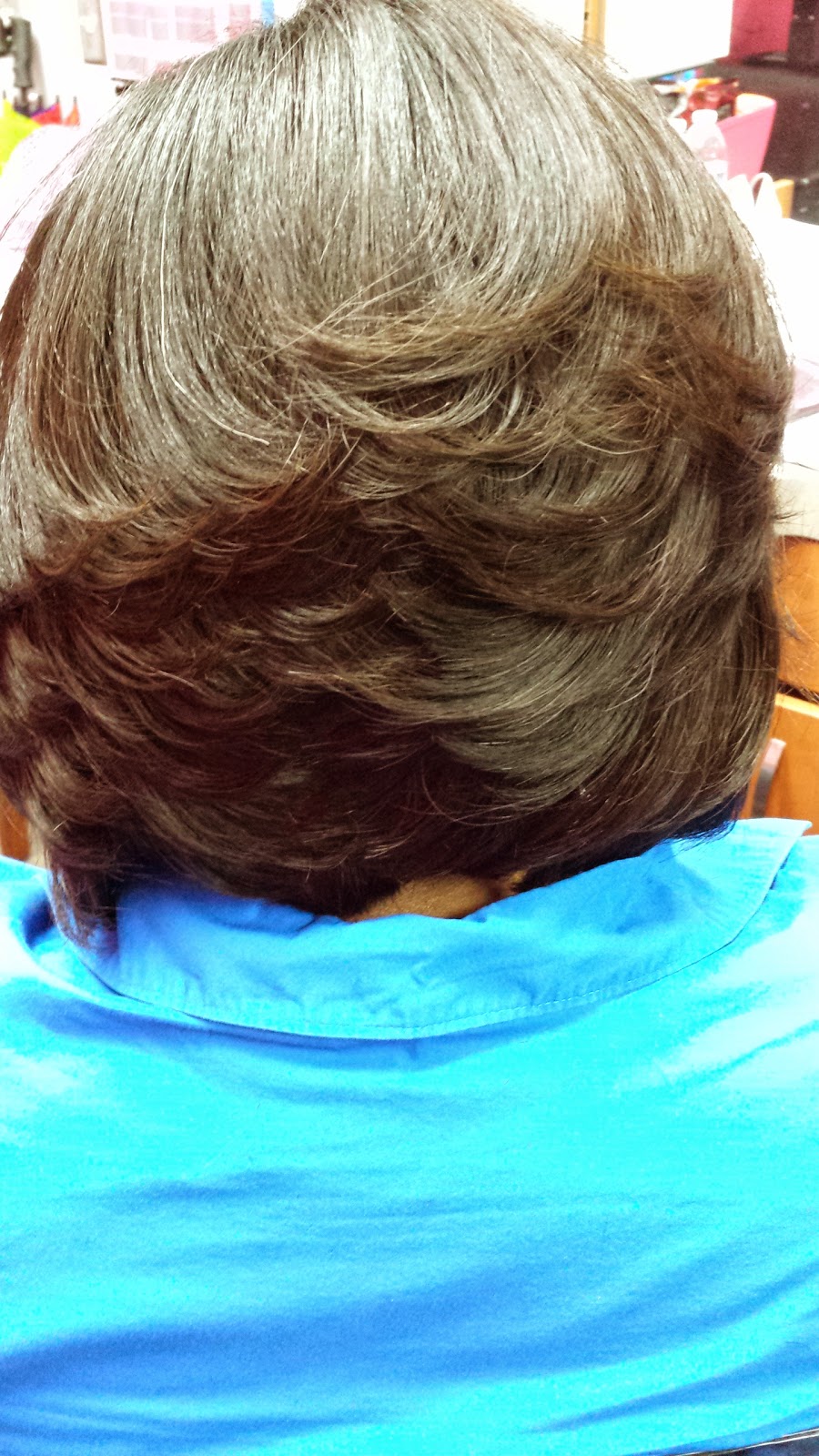