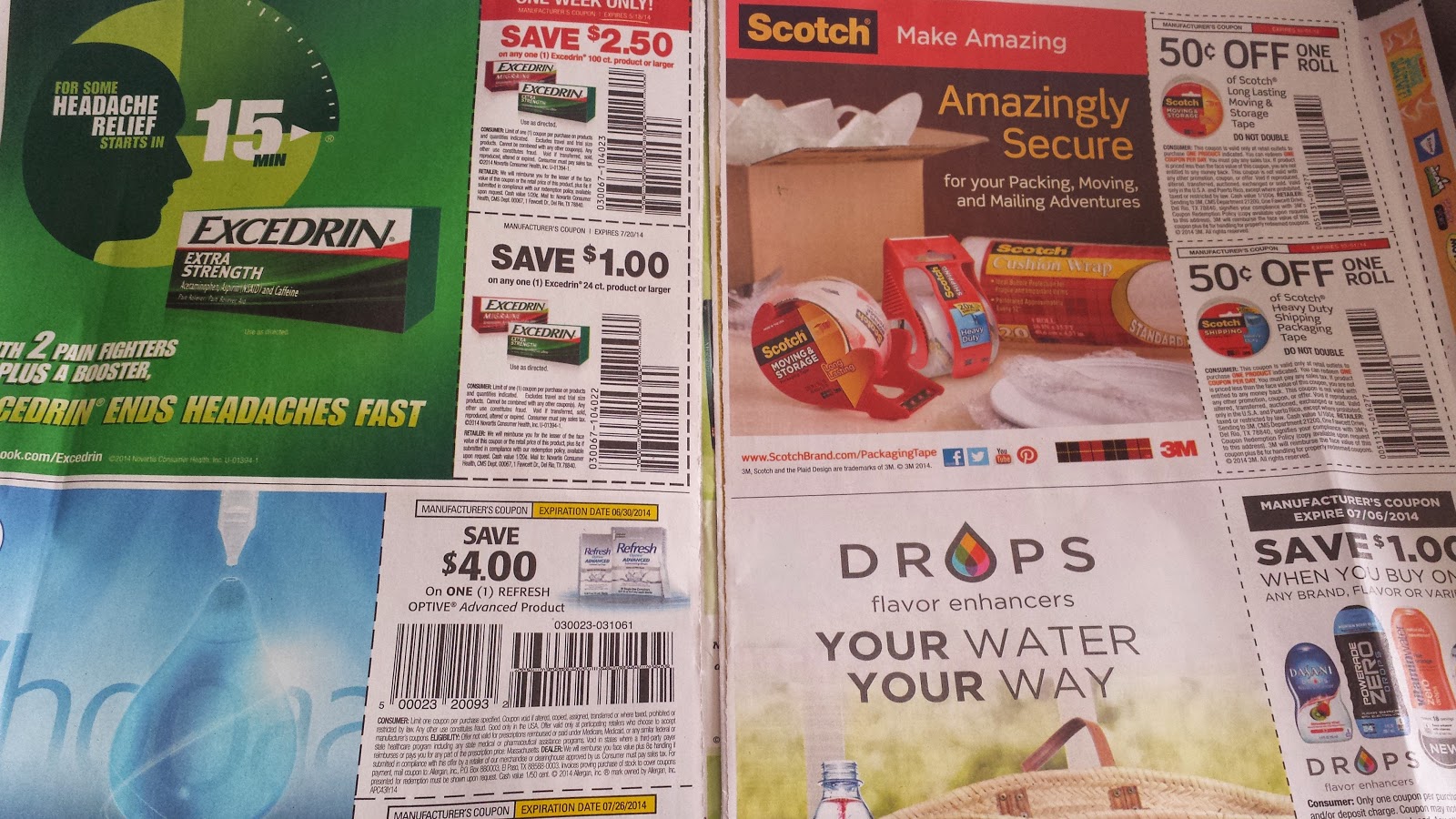 It has been a while since I posted about couponing.  I still do it every week but just do not really post about it.  I do not consider myself to be an "extreme couponer" but I do like to save money if and when I can.  Today I took two trips to my favorite two stores, Publix and CVS.  Lucky for me, in my neighborhood they are literally right across the street from each other so I do not waste gas going from store to store for my savings.  For those of you who do not quite know how to coupon, take a look at the trip I did today.  Let's start with the Publix trip.

Before I begin, let me explain the Publix coupon policy.  They double manufacturer coupons up to fifty cents and they also take competitor coupons.  Each store has a list of competitors listed in the front of the store either on the front door or at customer service.  My store's competitors are Target and Winn-Dixie so if I have a Target or Winn-Dixie coupons I can use them WITH a manufacturer coupon.  Also, when they have a BOGO
(buy one get one) sale, you can get one and the item will be half price.  Ok, now let's begin. 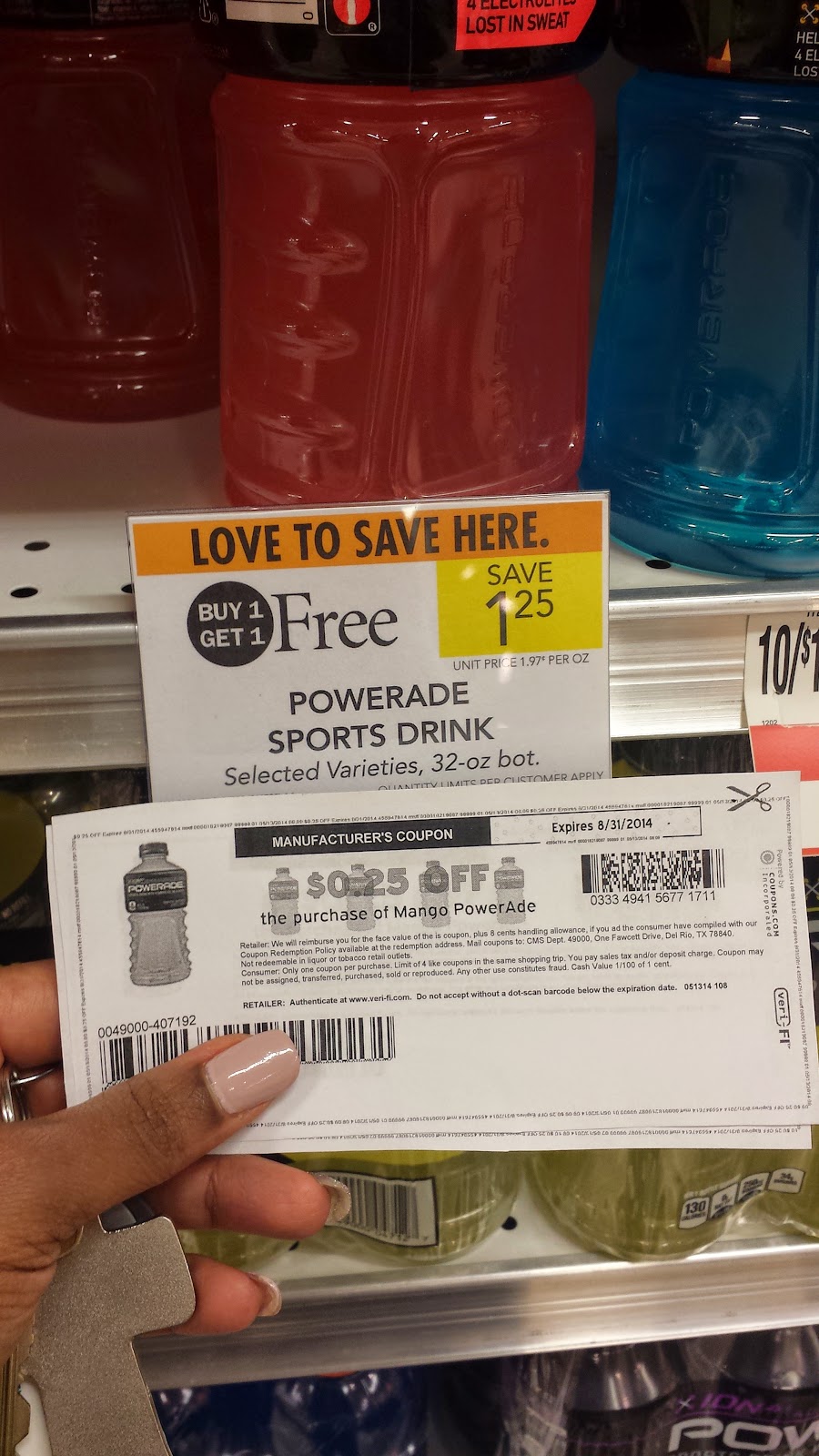 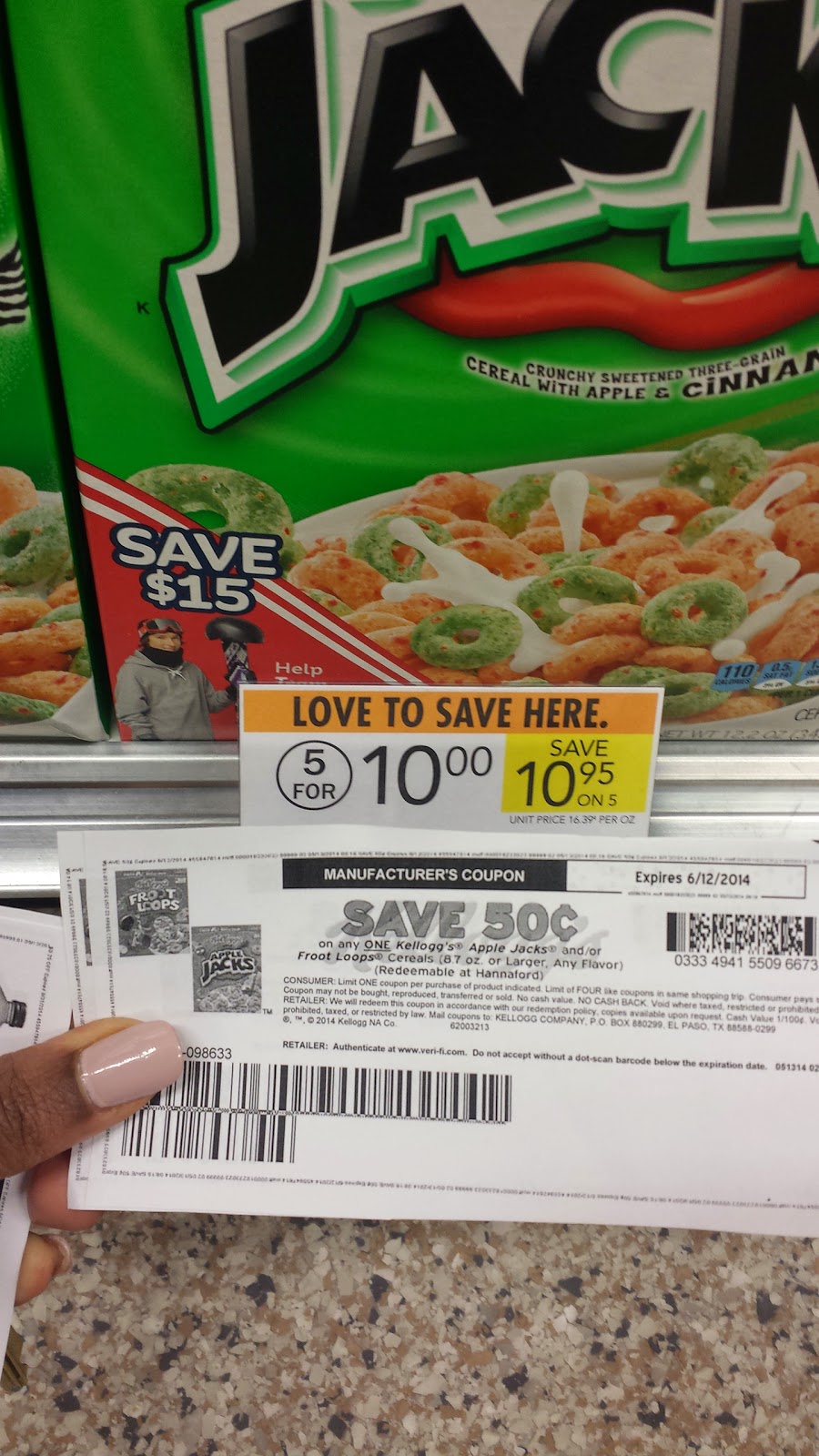 Next, was the cereal.  We are big cereal eaters in our house.  They are the perfect midnight snack.  So the Apple Jacks were on sale for $2 each.  The coupon I had for $.50 doubles to $1 making this cereal which normally is $4.19 per box only $1 each!  I got two.  The reason why I only got two is because we have other boxes of cereal at home, this is just a bit extra to ensure we do not run out! 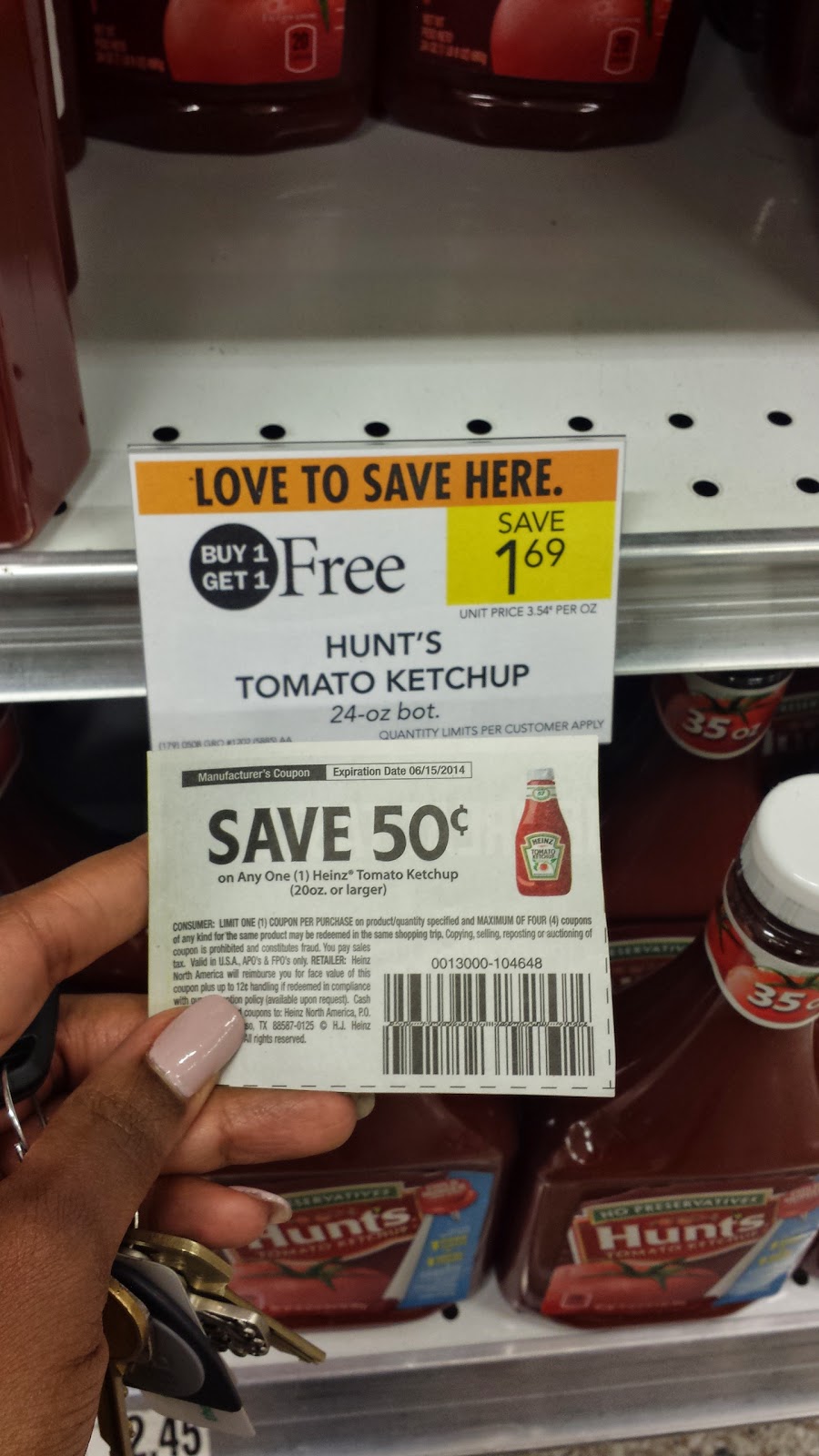 The ketchup was on sale for $.85 and the coupon doubled to $1 so that makes this ketchup a $.15 moneymaker!! Too bad I only had one coupon, or I could have gotten plenty more to make up some of the difference of what I had to pay out of pocket (oop).  I do have plenty of ketchup already though so only getting one is fine with me.  Whenever we have cookouts at the house you better believe all I will have to buy is meat.  All of the condiments are already in stock! 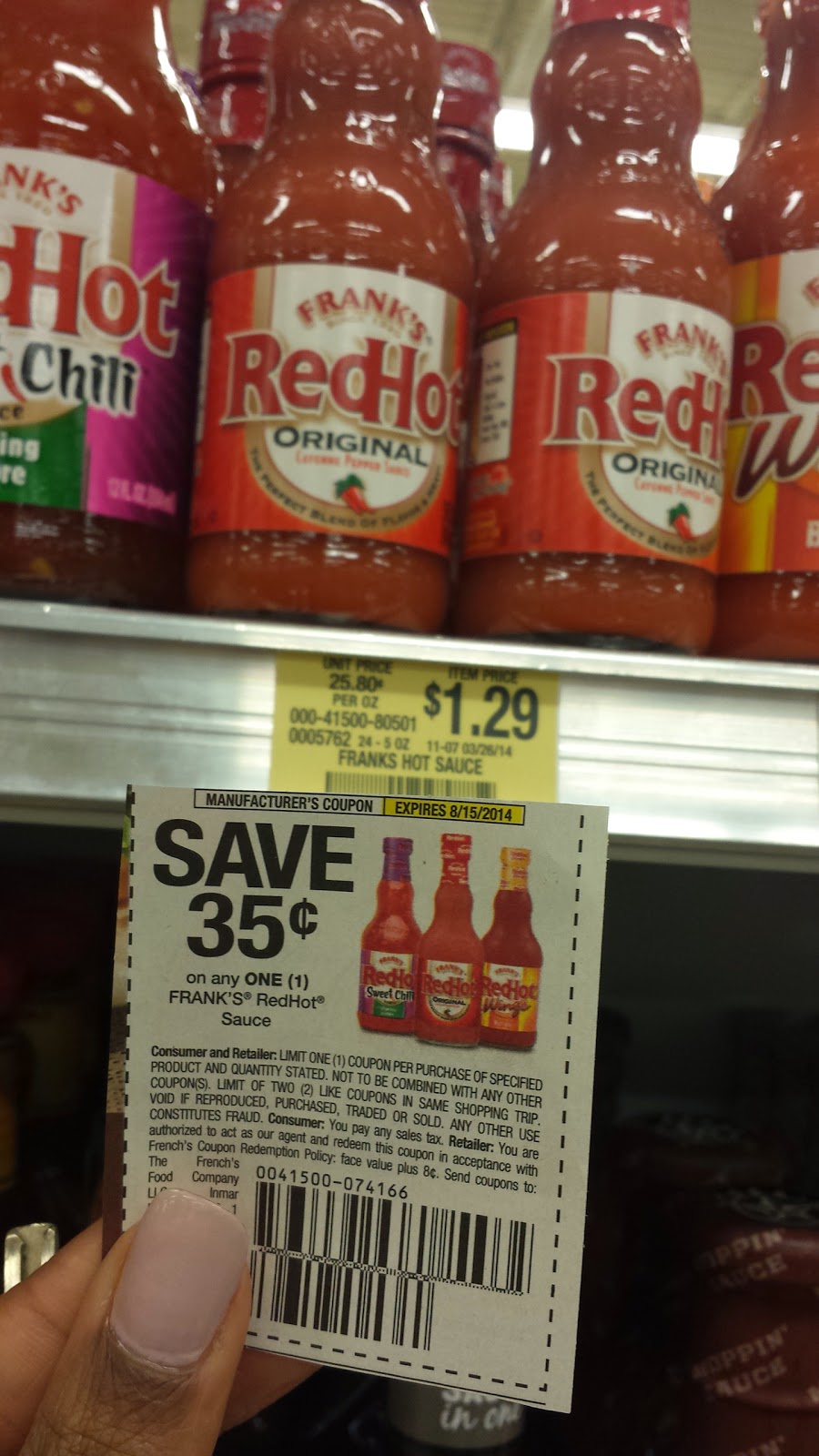 The hot sauce was not on sale but it was still priced pretty good and I had a coupon so I got it anyway.  The coupon doubled to $.70 so that brought it down to $,59 each.  I got four of these (I put hot sauce on just about everything!). 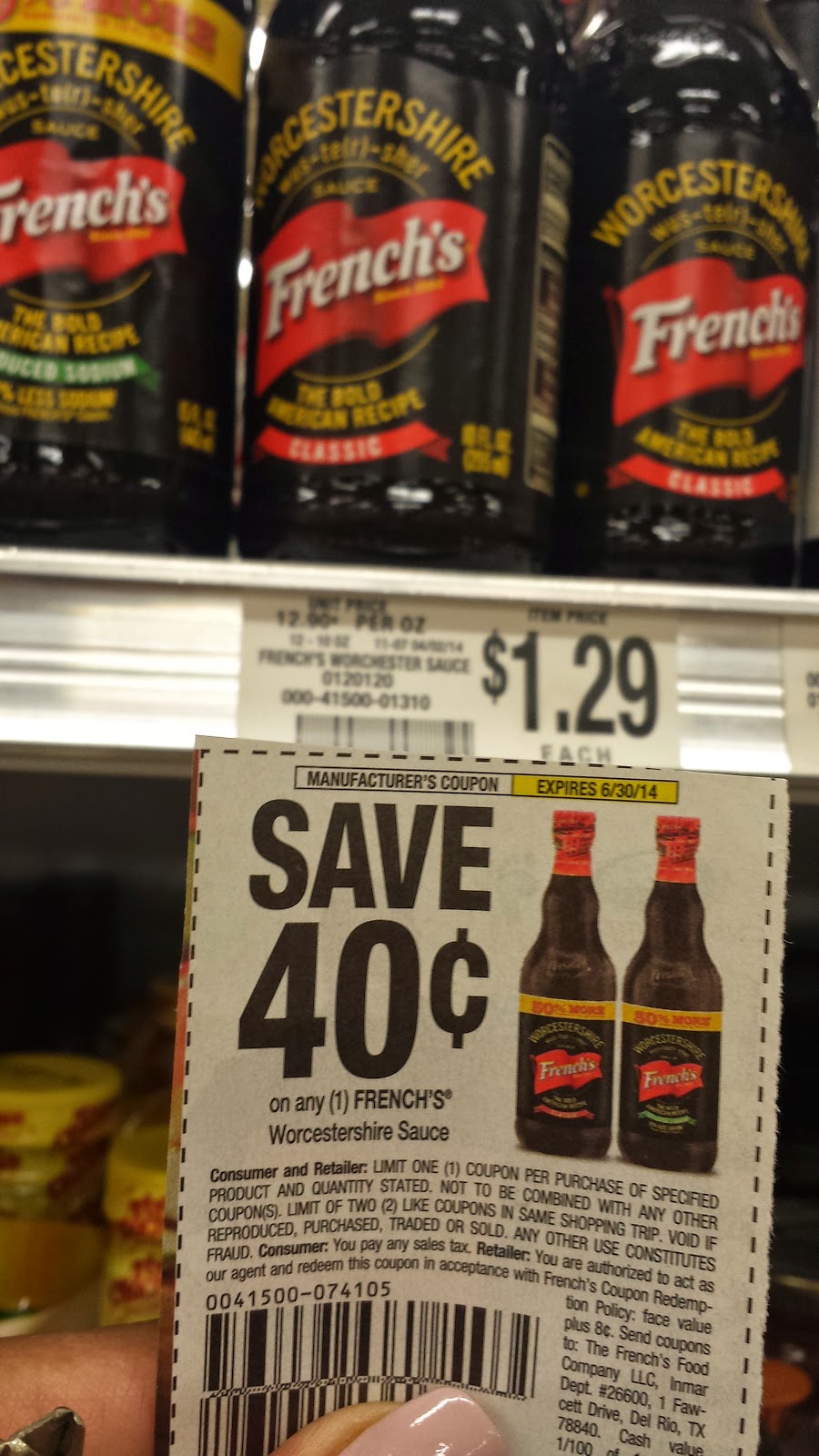 The same happened with the worcestershire sauce.  It was not on sale but when the coupon doubled to $.80 it made them only $.49 each.  I got four of these since I was completely out. 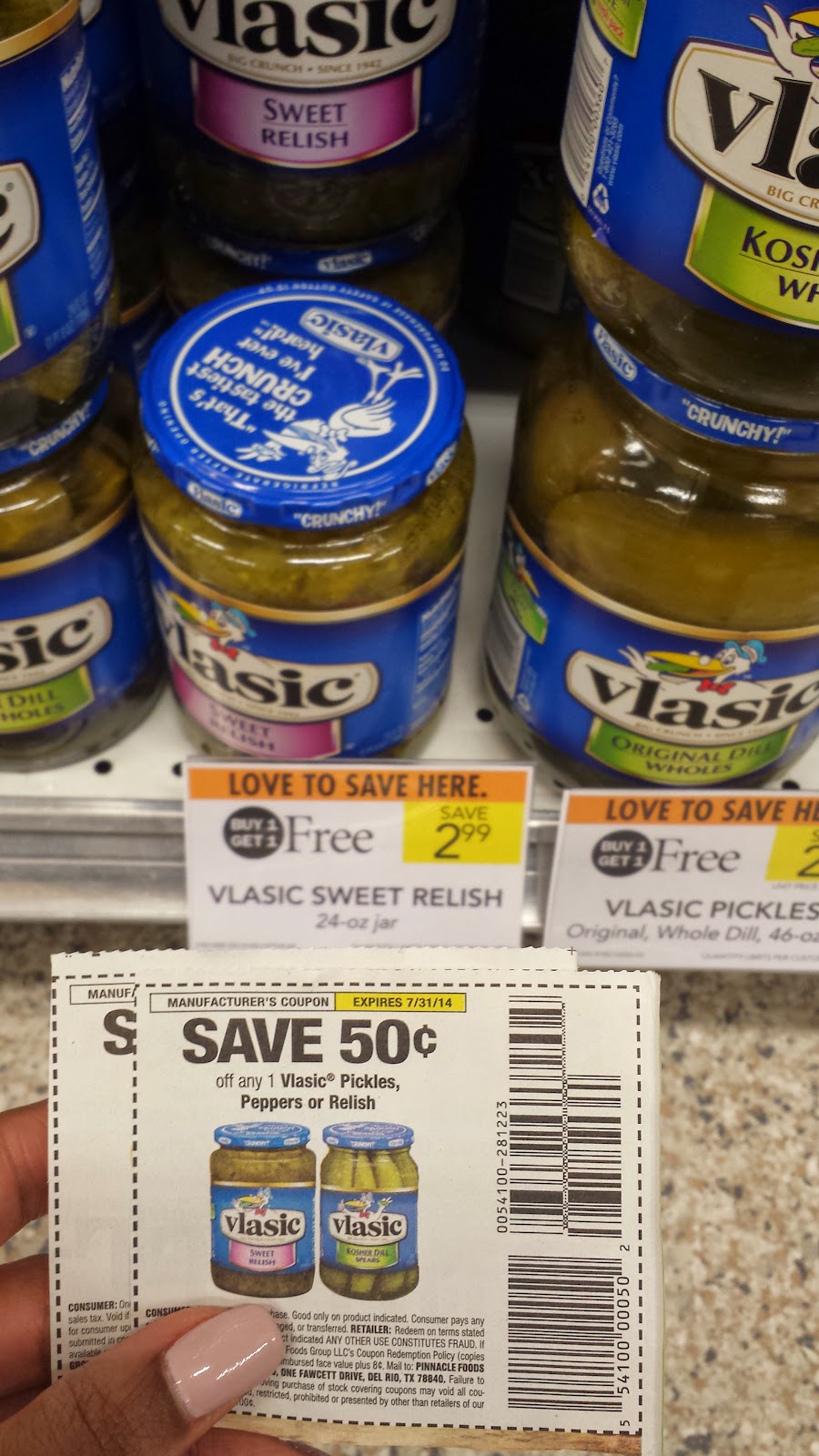 I absolutely love pickles but could not bring myself to buy another jar.  I am completely fully stocked with jars in my pantry.  However I did not have any relish so I got two of these.  They were $1.50 and once the coupon doubled to $1 it made the total $.50 each. 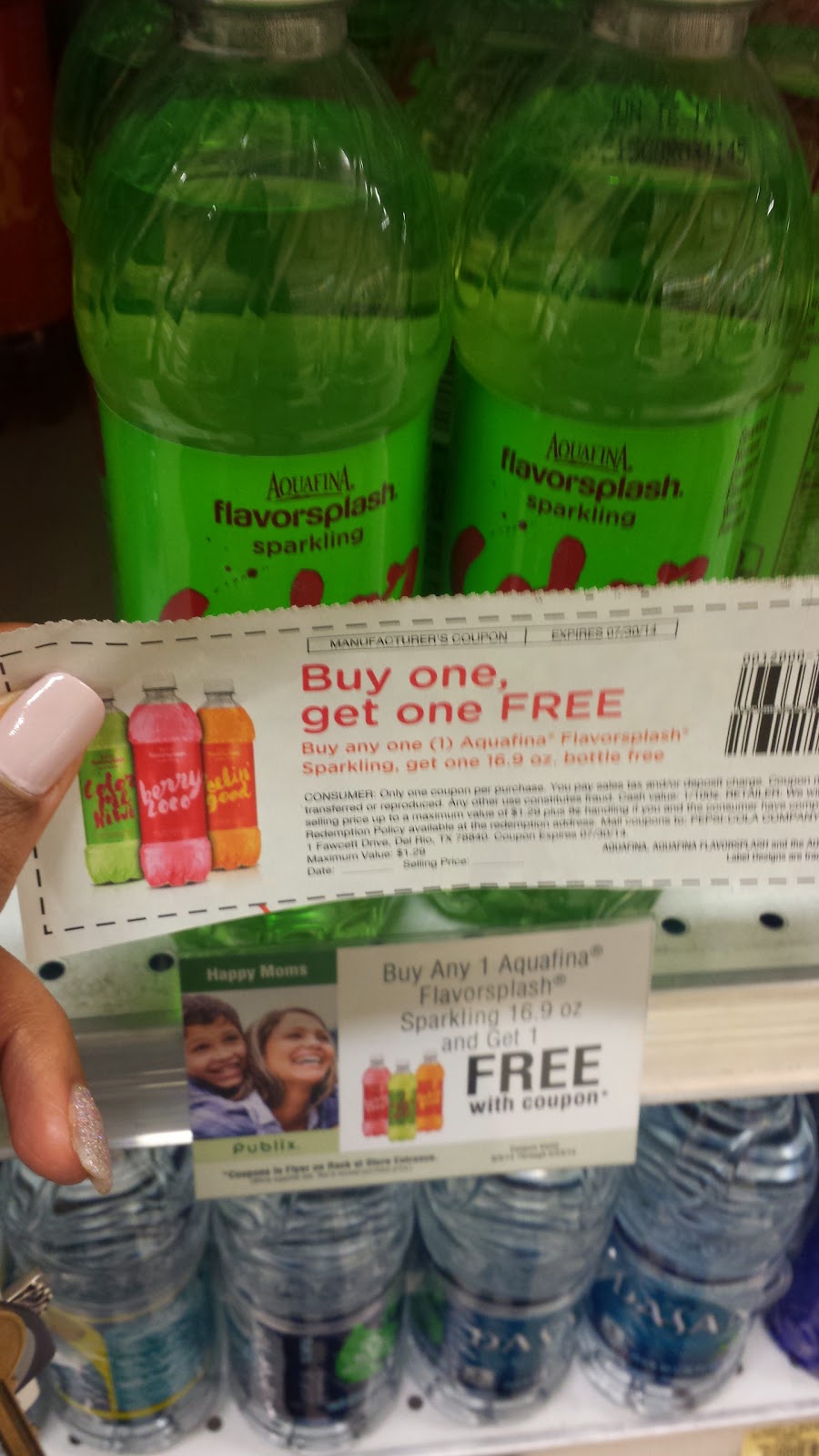 These sparkling waters are something I would probably never buy but this deal was too good to pass up.  Pay close attention.  Publix has a coupon in their sale paper for BOGO.  They are originally $.99 each so that made them $.50.  Then I had another manufacturer coupon for these same waters for BOGO as well. This means I get two for free!  I had three coupons so I got six of these for free.  I am actually drinking one as I write this post and they do not taste half bad! 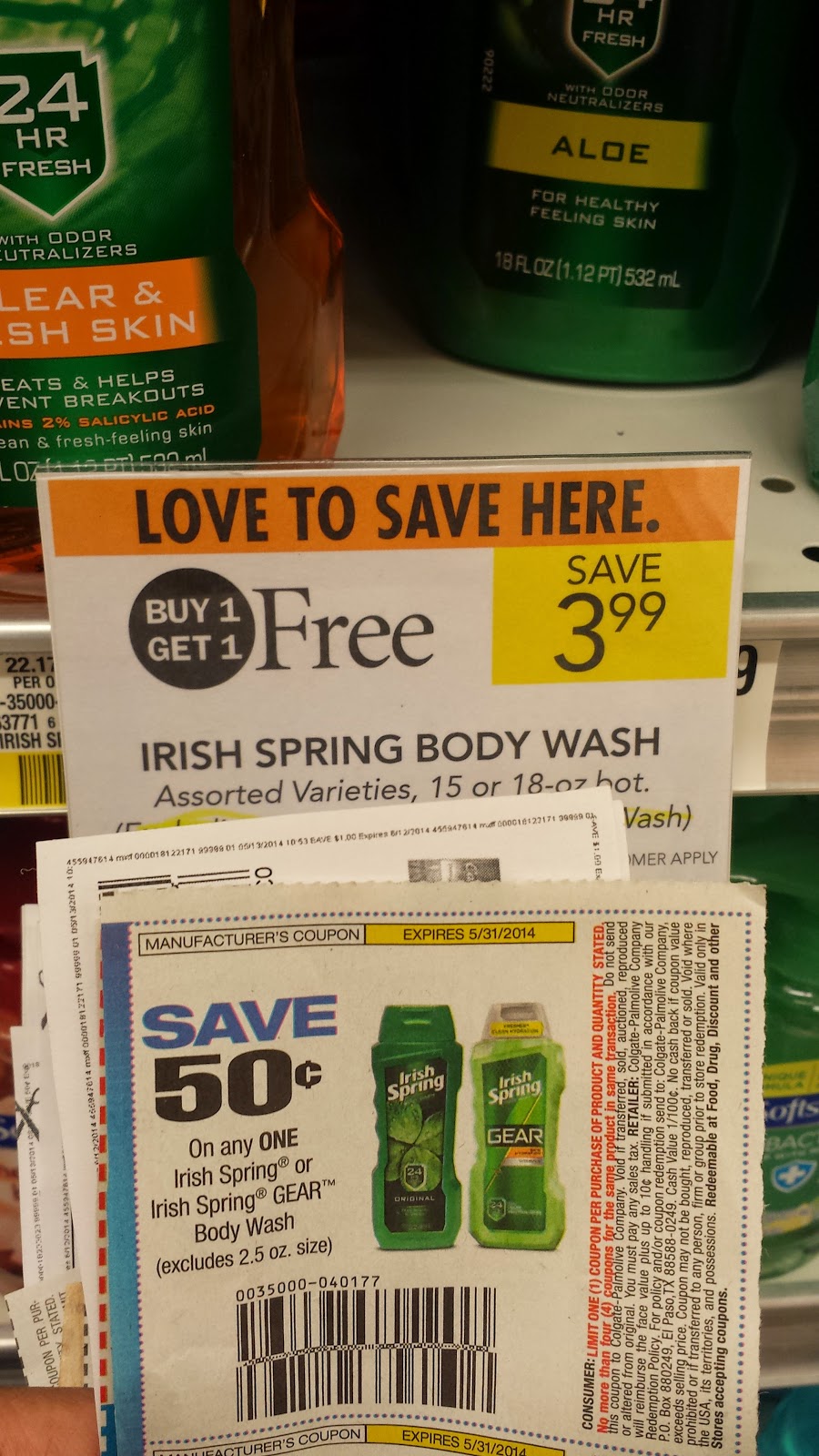 I lucked up on the Irish Spring.  I originally was going to use this coupon at CVS but decided their deal was not worth it so I held on to the coupon.  I went down the soap isle in Publix just to see how much they were and voila, they were on sale for $2. With my coupon doubling to $1 I only paid $1 for this. I also had another coupon for the bar soap of Irish Spring.  It was not on sale but was priced at $2.39 so with my $.50 coupon doubling o $1 I paid $1.39 for three bars. 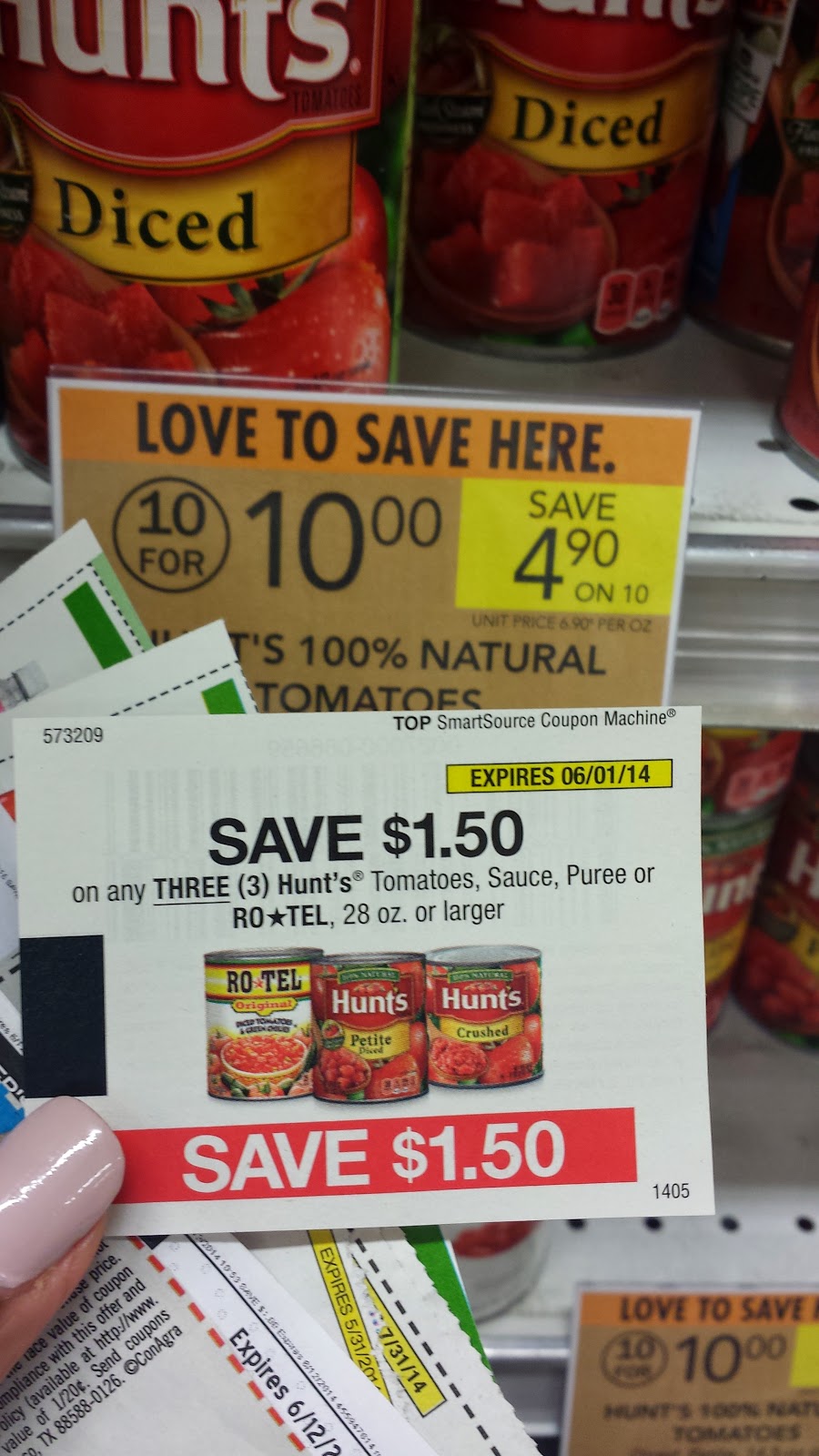 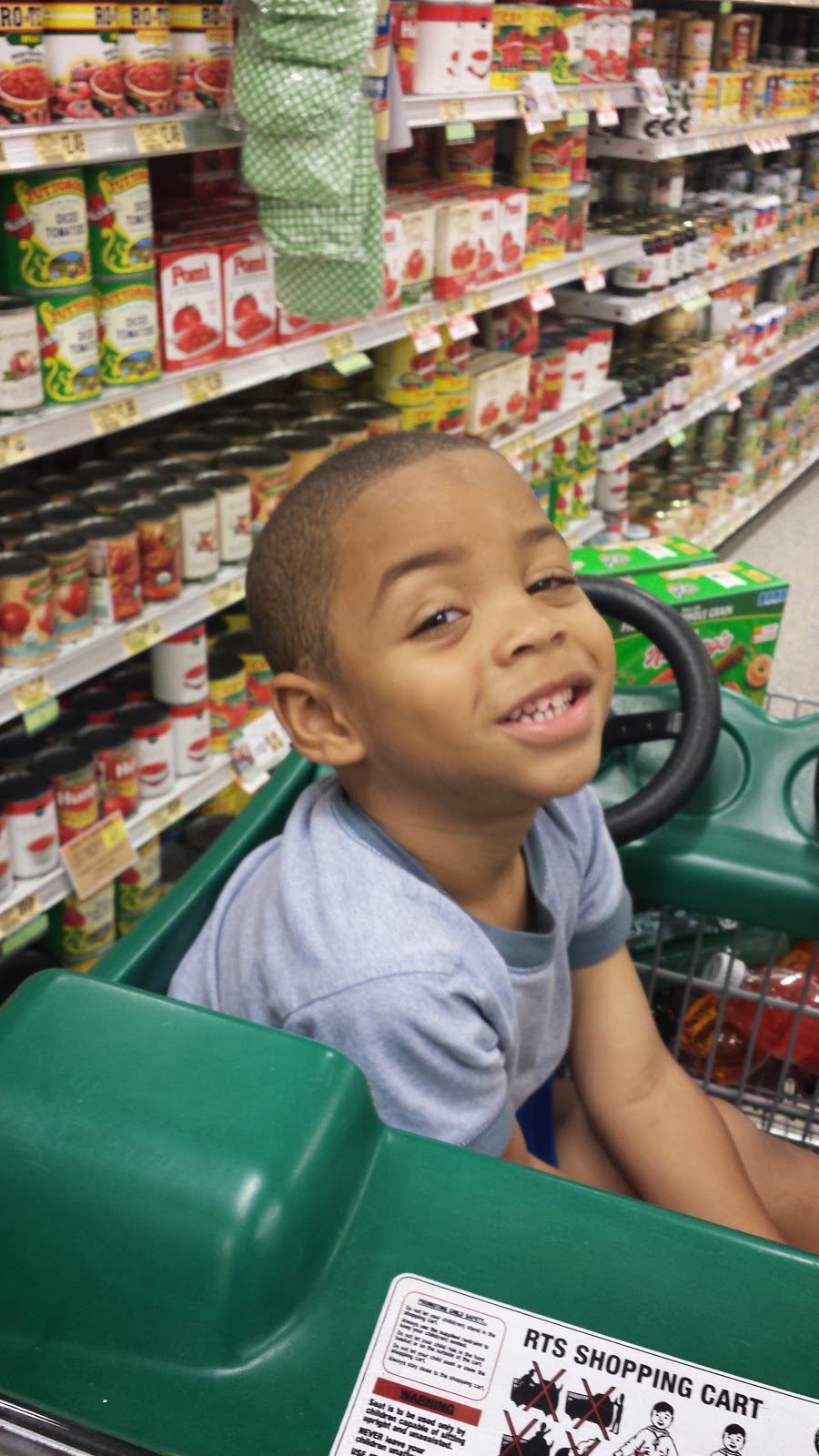 This was my little helper for the day.  He was so cute he convinced me to get him some pudding that was not on sale and I did not have a coupon for!  But hey, it was only $1 so what the heck? I also got him some peanut butter that I did not have a coupon for but it was on sale for $2.50 so I got one of those as well.  Now I was ready to check out.  I planned on it being around $15 in my head... 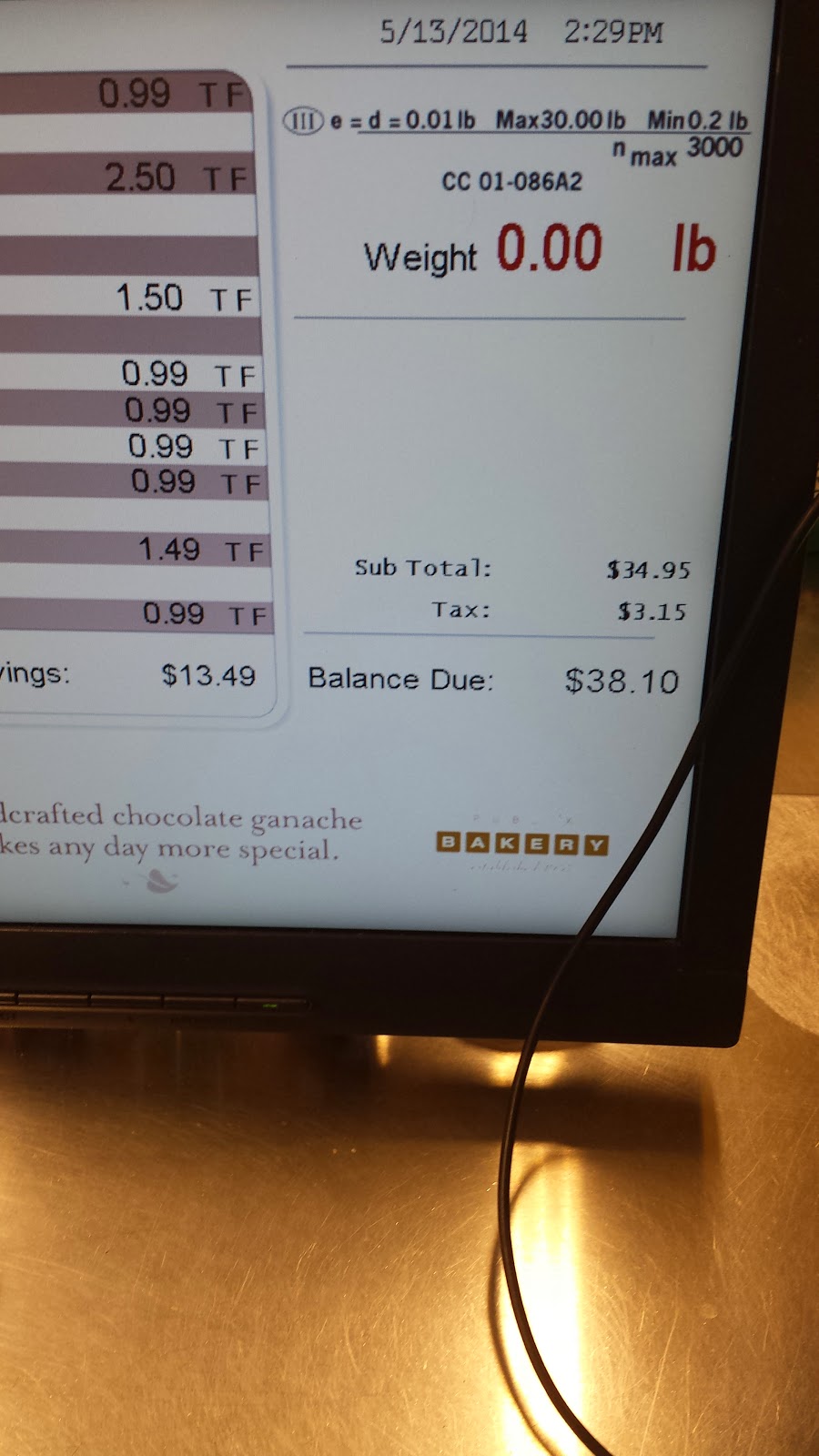 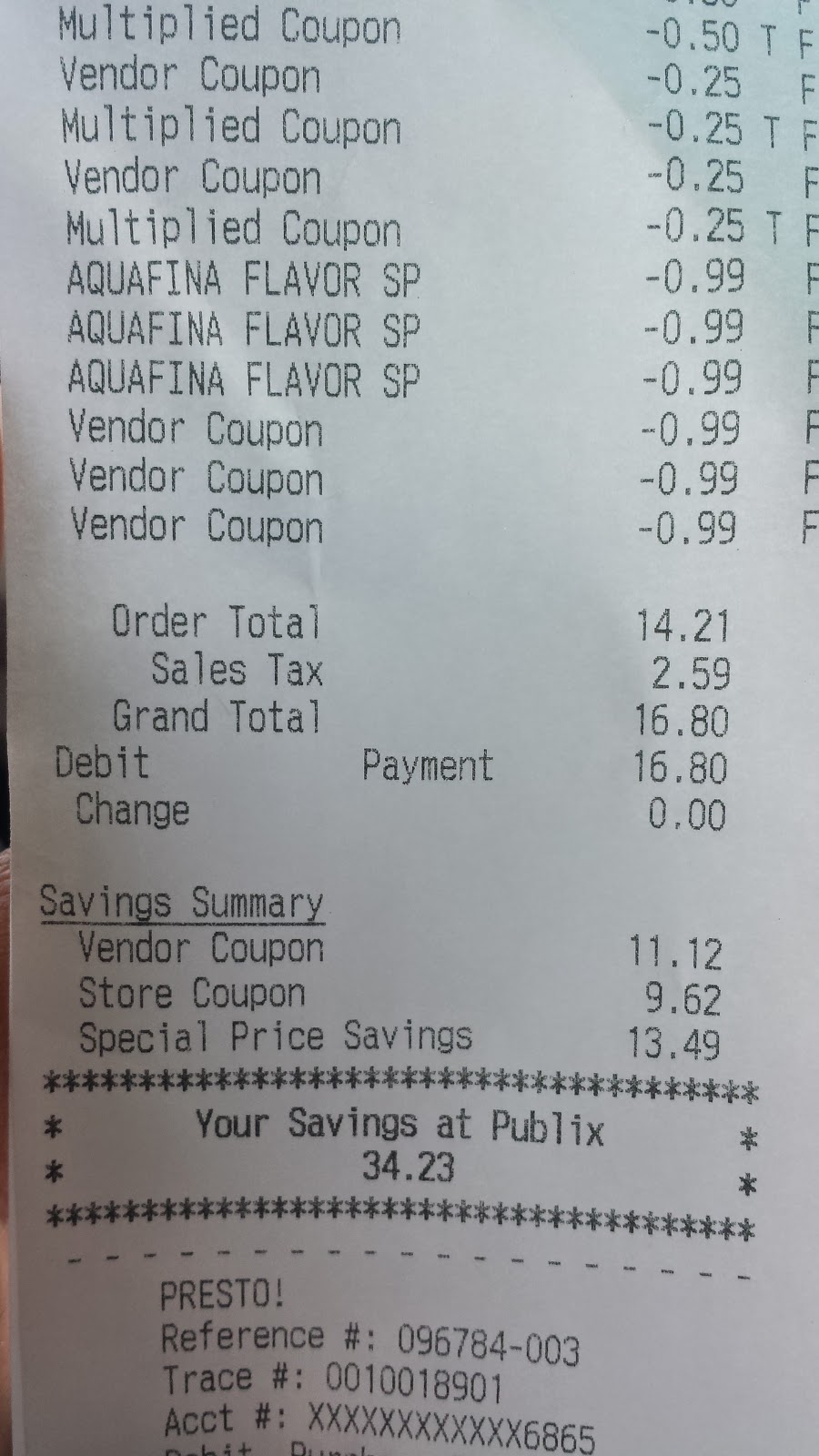 Common questions:
Where do you get your coupons? I get them online and from my paper.  My father also gets the Sunday paper every week and he always gives me all of his coupons.

How do you know what is on sale?  I look at the sale paper every week online.

I always want things that are not on sale, how do you know what you want will be on sale? I don't! I shop according to what is on sale that week.  If it is on sale and I know I will eventually need it, I buy it then instead of waiting until I am completely out and having to pay full price without coupons.  The only thing I pay full price for is my meat and fresh fruits because those items rarely have coupons.

What site do you get your coupons from?  I love (www.southernsavers.com) and (www.thekrazycouponlady.com).  These sites list each store, the sale for that store, and the items that have coupons online.  They make it very easy so you do not have to do all of this on your own.

Now that you have the basics you can now start couponing for yourself!  Now go out there and save you some money!!! Happy couponing!